Abiola, a naval officer, had left home at about 6:00 a.m. on Monday and but was declared missing by his friends and family members after they were unable to reach him 24 hours after.
However, his aide who spoke to PM News on phone, confirmed that the comedian was detained by the Nigerian Navy without giving further details.

Confirming the report, the spokesperson for the Navy, Commodore Suleman Dahun in a statement said Cute Abiola was not missing, but locked up in his unit for breaching the “Armed Forces social media policy.”

According to Mr Dahun, Naval officers have been cautioned against making certain information public on social media by sharing photos.

See the statement below: 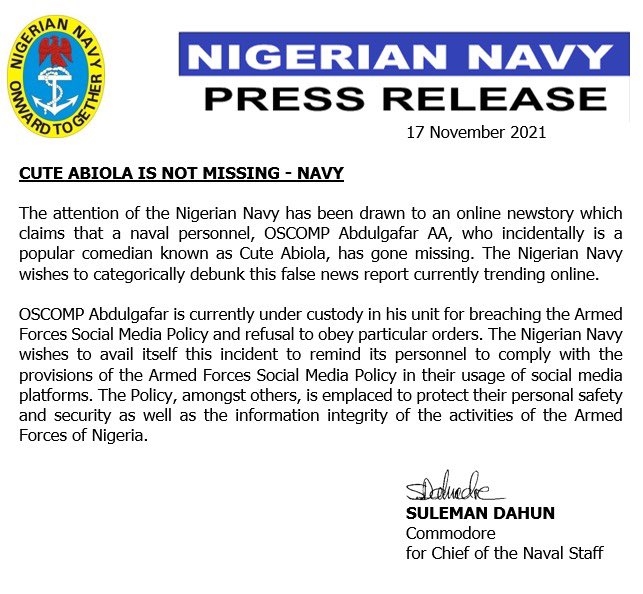 UK will continue to process work, student visas for Nigerians despite Omicron ban