Director-General of the World Health Organisation (WHO), Dr. Tedros Adhanom Ghebreyesus, and a group of global health leaders, yesterday, pledged to vaccinate 70 per cent of the population of all countries by mid-2022.

They said more than 5.7 billion doses have been administered globally but only two per cent of those have been administered in Africa, even as they issued an urgent call for vaccine equity worldwide and in Africa in particDirector-General of the World Health Organisation (WHO), Dr. Tedros Adhanom Ghebreyesus, and a group of global health leaders, yesterday, pledged to vaccinate 70 per cent of the population of all countries by mid-2022.ular.

The leaders, at a press conference, stressed that the worst pandemic in the last hundred years will not end, unless and until there is genuine global cooperation on vaccine supply and access.

WHO targets the vaccination of at least 10 per cent of the population of every country by September, at least 40 per cent by the end of the year, and 70 per cent globally by the middle of next year.

THIS came as a new research suggests that countries in Africa, perceived as least vulnerable to an epidemic, were the worst affected by COVID-19.

According to the study, nations with more urban populations and strong international travel links were worst affected.

The study, published in the journal, Nature Medicine, showed mortality rates and levels of restrictions – such as lockdowns and travel bans – were lowest in countries previously thought to be at greatest risk from COVID-19.

A team of researchers from the NIHR Global Health Research Unit Tackling Infections to Benefit Africa (TIBA) from the University of Edinburgh worked with WHO African Region to identify factors affecting mortality rates during Africa’s first two COVID-19 waves and the timing of the first reported cases.

TIBA Director, Prof. Mark Woolhouse, who co-led the project, said: “Our study shows very clearly that multiple factors influence the extent to which African countries are affected by COVID-19. These findings challenge our understanding of vulnerability to pandemics.

“Our results show that we should not equate high levels of preparedness and resilience with low vulnerability. That seemingly well-prepared, resilient countries have fared worst during the pandemic is not only true in Africa; the result is consistent with a global trend that more developed countries have often been particularly hard hit by COVID-19.”

The team found that as well as those with large urban populations and strong international travel links, countries with high rates of Human Immuno-deficiency Virus (HIV) were also more likely to have higher mortality rates. This may be because people with HIV often have other health conditions that put them at greater risk from COVID-19.

The weak link between mortality rate and the timing or severity of government-imposed restrictions on day-to-day activities shows the impact of the wide range of application and enforcement of these restrictions across the region, making a consistent impact pattern difficult to discern. Restrictions during peaks of infection are well documented to have interrupted transmission in the region.

The findings show that the earliest recorded cases of COVID-19 were in countries where most people live in urban areas, with strong international travel links and greater testing capacity. Algeria was the first of 47 African countries to report a case, on February 25, 2020. Most countries had recorded cases by late March 2020, with Lesotho the last to report one, on May 14, 2020.

If Two Yoruba States Couldn’t Manage LAUTECH Together, I Doubt Our Survival As A Nation – Dr Lam-Adesina 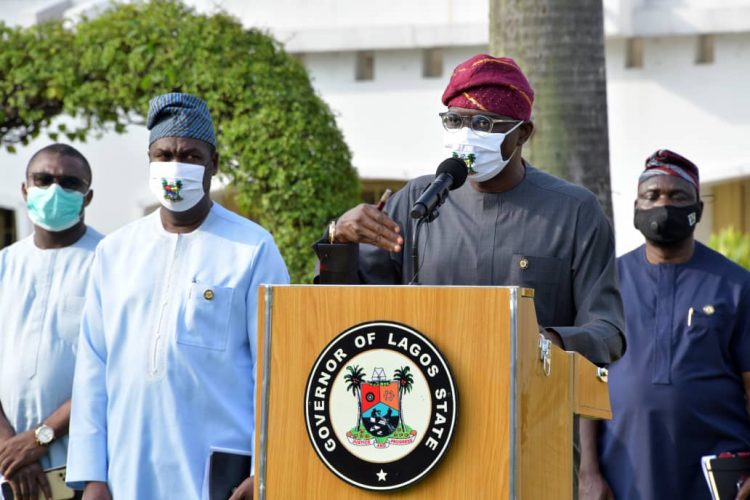