The Presidency has warned religious leaders and organisations in the country to refrain from divisive statements.

It said the responsibility of maintaining peace and peaceful coexistence was not only the duty of the government, but also that of religious organisations, whose words “carry weight.”

According to a statement made available to journalists in Abuja on Saturday, the Senior Special Assistant to the President on Media and Publicity, Garba Shehu, stated this while speaking on the BBC Hausa Service on Friday.

Shehu was responding to a statement by the Supreme Council for Sharia, accusing President Muhammadu Buhari of letting down Muslims by his failure to attend the emergency summit of the Organisation of Islamic Countries called by Turkey to discuss the United States’ declaration of Jerusalem as the official capital of Israel.

He said the allegation was totally misleading and baseless.

The presidential spokesman explained that Buhari had to go to France to attend the Climate Change Summit because he had earlier given a firm commitment to President Emmanuel Macron.

He added that the President sent the Minister of Education, Adamu Adamu, to represent him at the Turkey meeting of OIC.

He explained, “The Paris summit on climate change wasn’t a junket. It was also about the problems of the Lake Chad region which affects Nigeria as well as the neighbouring countries.

“About 30 million lives are involved. Without the drying up of the lake, we would probably not have had the acute poverty that nurtured the environment for Boko Haram terrorism.”

Shehu recalled that countries such as Saudi Arabia and Egypt, which sponsored the United Nations’ General Assembly Resolution to condemn Trump’s recognition of Jerusalem as the official Capital of Israel, did not also attend the Turkey meeting for various compelling reasons.

“As a respectable religious organisation, an organisation that we hold in high esteem, the Supreme Council for Shari’ah could have helped themselves and the nation by checking the facts before the outburst, which sadly was repeatedly aired by the international radio.

“By the time the Erdogan summit was called, the presidential advance team was already in Paris, ready to receive him.

“At that point, the best President Buhari could do was to send representation.

“He called President Erdogan and explained the circumstances and the Turkish leader expressed his understanding and appreciation. We are a signatory to the final resolutions,” Shehu added.

He explained that at every available opportunity, including his addresses at the UN General Assembly sessions in 2015, 2016 and 2017, Buhari had always spoken passionately about the Palestinian issue and the necessity of finding a just solution to their case.

He said it was uncharitable for any religious organisation to accuse the President of abandoning Muslims as alleged. 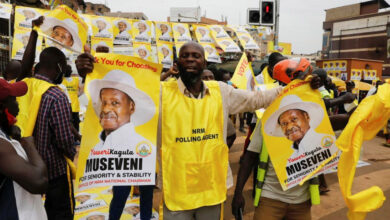