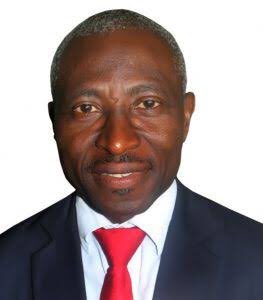 Adebayo Simeon Bamire, Professor of Agricultural Economics in the Faculty of Agriculture, has been elected as the new Vice Chancellor of Obafemi Awolowo University (OAU) scoring 84.6 percentage overall. His tenure will begin on June 7, 2022.

However, Ife indigenes are dissatisfied with this development because Adebayo Simeon Bamire is not an Ife indigene.

Ife indigenes began protesting in a variety of ways, including traditional methods.

Osun State governor, Adegboyega Oyetola, has appealed to citizens of Ile-Ife who were protesting the choice of the new Vice Chancellor for the Obafemi Awolowo University to give peace a chance and stop the protest forthwith.

In a statement by his Chief Press Secretary, Ismail Omipidan, on Tuesday evening, Oyetola noted that Ivory Towers anywhere in the world were sacred institutions and everything must be done to accord them that dignity.

Oyetola, who noted that though the state had no role in the choice of who became the Vice Chancellor of the university, being a federal institution, said he had responsibility for the safety and security of the institution and its workers as the host Governor.

He further said, “it is with a heavy heart and a deep sense of concern that I call on the good people of Ile-Ife, especially those protesting over the choice of a new Vice Chancellor for Obafemi Awolowo University, OAU, to stop further protest and give peace a chance.”

Despite the Governors plea, Ife indigenes are yet to halt the protest. Netizens have reacted to the demonstrations.

This is embracing and a disgrace to this country. How can you be doing sacrifice all because of OAU VC’s position. Who cursed us in Nigeria? pic.twitter.com/60jRQubS1x

We complain of racism but we are guilty of tribalism and fanatical ethnocentrism.

If we always wanna be placed first in our own affairs we must accept that whites will always place themselves first.

OAU VC 's should be occupied based on merit and not parochial tribalism.

See how ile Ife indigenes are soiling my #greatife because they want OAU VC position. The foundation of this crisis is not far fetched from the NASU opposition of the VC appointment in the last election. If this is not well done, it will become a perpetual problem.

It is laughable that some Ile Ife indigenes are protesting the appointment of the new OAU VC, Prof. Adebayo Bamire. Even by the time the fortune of the exalted position turns to Ife an indigene, there will be the fear of which compound, household or family the choice comes from.

Be like say the Adedoyin's of Ife are one of the problems we are facing in Nigeria. One is in court facing trial of murderer, another one is the no 9 on this list here playing son of the soil card by carrying sacrifice in broad daylight just bcos he wants to become OAU VC. pic.twitter.com/nrNtTeBFoJ

Ritual against the appointment of OAU VC connotes aggression against meritocracy, & In no case an existing educational system be killed by tribalism & favoritism, It’s time the Oni call his disciples to order to shield their sword over their Bokoharamic approach on current matter pic.twitter.com/aIHNJ8pHGy

What's happening with OAU VC is enough reason why RACISM can never be eradicated.

We complain of being judged by other nations by the colour of our skin and not the content of our character, yet the Yoruba nation is standing against a fellow Yoruba man because he's not from a particular Yoruba land, denying him of the position he excellently merits.#OAU VC

Buhari appeals Nigerians abroad not to forget home, tasks them on responsible social media use