A biometrics firm, Synaptics has announced that it has developed the world’s first in-display fingerprint scanner named “Clear ID FS9500”. The fingerprint scanner designed for phones with near bezel-free screens and the new on-screen scanner, reads the user’s fingerprint with a single touch on a specified part of the glass.

It should be noted that this Smartphone feature was one of the most anticipated in 2017 but none of the Smartphones manufacturers got the feature right. Samsung ended up moving the fingerprint to the back; while Apple used the controversial Face ID scanner instead.

The Senior Vice President and General Manager, Mobile Division, Synaptics; Kevin Barber said in a statement: “Consumers prefer fingerprint authentication on the front of the phone, and with the industry quickly shifting to bezel-free OLED infinity displays, the natural placement of the fingerprint sensor is in the display itself. Synaptics’ Clear ID fingerprint sensors are faster, more convenient and more secure than alternative biometrics and this optical technology represents a major innovation shift and opportunity for the smartphone market.”

The firm also said that the in-display fingerprint is already undergoing mass production and will be used on a handset being manufactured by a Top 5 Smartphone manufacturer. Although no brand was actually mentioned; but from the hints given by Synaptics in their statement that the industry is quickly shifting to bezel-free OLED infinity display, the brand referred to might most likely be Samsung as it is one of the top 5 with OLED display and one of the first to spot infinity display this year. 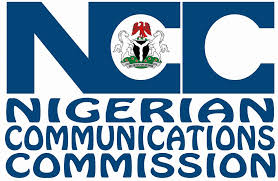