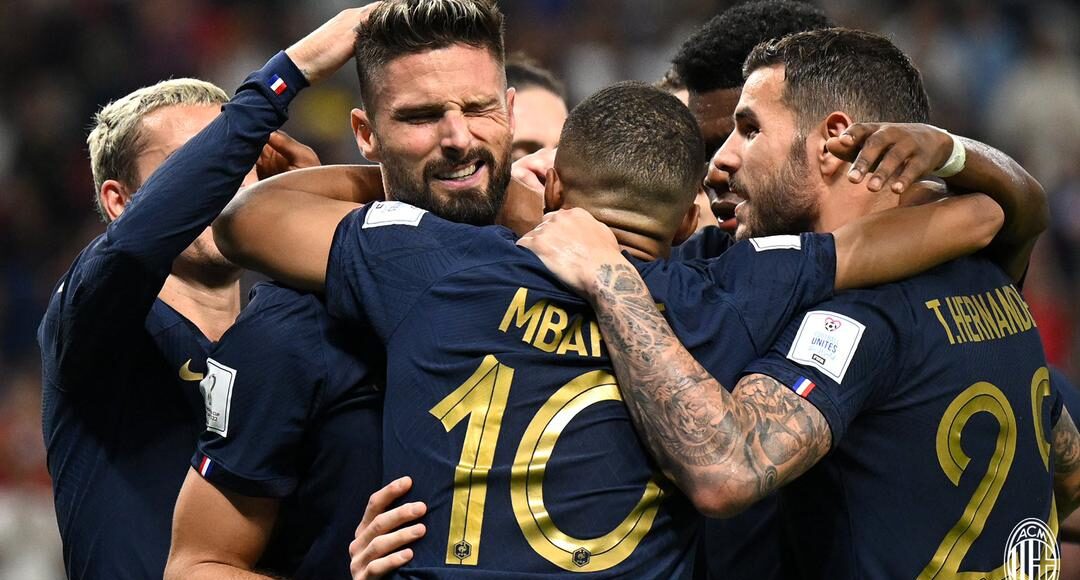 France has become the first country to qualify for the Round of 16 of the 2022 World Cup.

On Saturday, the defending champions defeated Denmark 2-1 thanks to a brace from Kylian Mbappe.

After a deft one-two with Theo Hernandez, the Paris Saint-Germain forward scored the game’s opening goal just after the hour mark.

But the Danes levelled the score through Andreas Christensen’s bullet header.

Mbappe then grabbed a winner late in the game, converting Antoine Griezmann’s cross to ensure Les Bleus maintain a 100% record in Qatar.

The 23-year-old is now the outright top scorer at the tournament and also has 31 goals for France, level with Zinedine Zidane on the country’s all-time scoring list.

Didier Deschamps’ men are top of Group D on six points, three ahead of second-place Australia, while Denmark are yet to find their first win with just a point after two games.