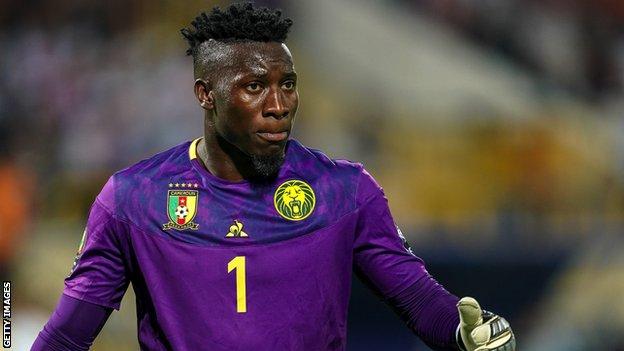 Andre Onana, Cameroon’s first choice goalkeeper in the ongoing 2022 World Cup in Qatar, is set to leave the country following a squabble with the country’s coach, Rigobert Song.

Onana was reportedly involved in a spat with the manager over the squad’s style of play prior to the country’s dramatic 3-3 draw with Serbia on Monday afternoon.

According to the Daily Mail UK, the emotional spat erupted after Song chastised the goalkeeper during training for taking too many risks with his feet. The coach preferred Onana to play in a more traditional, risk-free manner and was dissatisfied with the way the keeper advanced off his line to initiate attacks from the back.

After an adamant Onana refused to change his style of play he was eventually cut off from the match and replaced with Devis Epassy, who conceded three goals in Serbia’s draw.

It was gathered that peace talks failed after Cameroon legend Samuel Eto’o and the Cameroon Football Federation could not settle the dispute between Song and Onana.

Reacting to the saga, Song said, “In a squad you need to see discipline and if you can’t fit in with that discipline, with what’s required to be part of a squad, then you need to accept responsibility for that.

“We don’t question his ability – he plays for one of the top teams in Europe – but you need to ensure the team takes precedence over the individual.”

JUST IN: Court sentences IGP to three months in prison