Mohamed Salah was a shadow of himself as Nigeria’s Super Eagles opened their Africa Cup of Nations campaign on a winning note beating the most successful side in the competition 1-0.

Nigeria showed their intent in the opening stages with Taiwo Awoniyi and Samuel Chukwueze buzzing and looking bright along with the wings.

Mostapha Mohamed drew the first blood with a shot on target in the 5th minute but that was as good as it got for the North Africans as Nigeria took charge from thereon out.

In what could be tagged the ‘Moses Simon half’, the Nantes forward took every opportunity to run at the Egyptian defence.

His pace and close touch won perhaps Nigeria’s first battle of the match as he left Egypt’s first-choice left-back Akram Tawfiq on the turf and unable to continue within 10 minutes.

The Super Eagles were first to get to every ball and crucially kept Egypt’s danger man Mohamed Salah quiet and isolated all through the half.

In an increasingly one-sided battle on the left, Simon left former West Bromwich Albion defender Ahmed Hegazi for dead in the 26th minute but only to send his shot into the side netting.

Simon burst forward again in the 30th minute, sending a perfect cross into the Egyptian penalty box that was headed by Hegazi but only as far as Joe Aribo.

The Rangers man headed it into Kelechi Iheanacho’s path with the Leicester City man taking a smart shot that beat Mohamed El-Shenawy in Egypt’s goal to break the deadlock for the Nigerians.

Iheanacho and Taiwo Awoniyi showed promise of a budding relationship, combining well in the latter stages of the half with Iheanacho setting up the Union Berlin striker for a shot in the 42nd minute.

Nigeria continued their pummeling of the Egyptian goal as the second half began with Omeruo heading over from a corner in the 46th minute.

Iheanacho had a trio of chances to double his tally before the hour mark but could not find his way past El-Shenawy.

Nigeria won the midfield battle with Wilfred Ndidi quick to break up play and send the ball forward to the Super Eagles’ willing runners.

Salah had his first shot on goal in the 66th minute but it meant nothing as Aina put in a heroic block before the centre referee pulled play back for offside.

Nigeria’s coach Austin Eguavoen sent on Umar Sadiq for his debut in place of Awoniyi as Chidera Ejuke also replaced Chukwueze in a double change in the 72nd minute.

The Super Eagles’ only concern was when Kenneth Omeruo went off injured in the 79th minute to be replaced by West Brom’s Semi Ajayi.

The Super Eagles’ saw off a late half-hearted push for an equaliser by the Pharaohs of Egypt to hold on to a well-deserved victory.

Sudan is up next for the Super Eagles of Nigeria on Saturday January 15 as they will seek to secure safe passage to the Round-of-16. 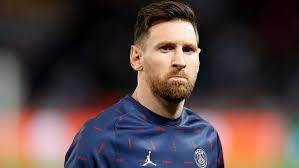