Three other passengers, including the bus driver, were rescued with injuries and have been taken to the hospital.

Director-General, Lagos State Emergency Management Agency, LASEMA, Dr. Femi Oke-Osanyintolu  said upon arrival at the scene, it was discovered that a truck with registration number SGM 715 XA loaded with a 20ft container collided into a commercial bus stationed at Ilasa under bridge which was discharging some of its passengers.

“The impact of the fallen truck led to the immediate death of two passengers, one male and one female.

“Three other passengers, including the bus driver were rescued with injuries and have been transferred to Isolo General Hospital by LASEMA’s Responder. Another three passengers escaped unhurt,” he said.

The crushed bus and the container truck

Oke-Osanyintolu said the agency’s Super Metro and forklift were on ground to recover the fallen truck.

“SEHMU is on hand to recover the remains of the fatalities. LASTMA and The Nigerian Police are controlling the resultant traffic. We expect normal traffic flow to resume shortly,” he said.

Dogara breaks silence: Why I dumped PDP again for APC 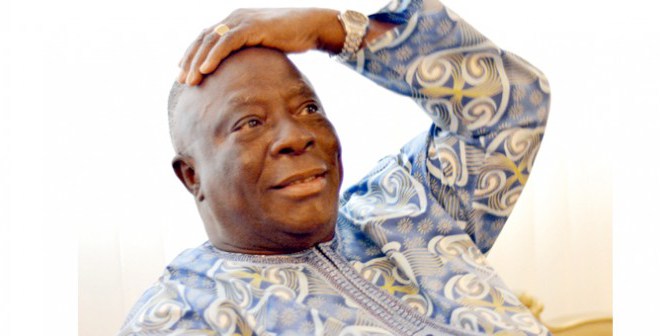 Why poverty level is low in Osun State – Gov Oyetola