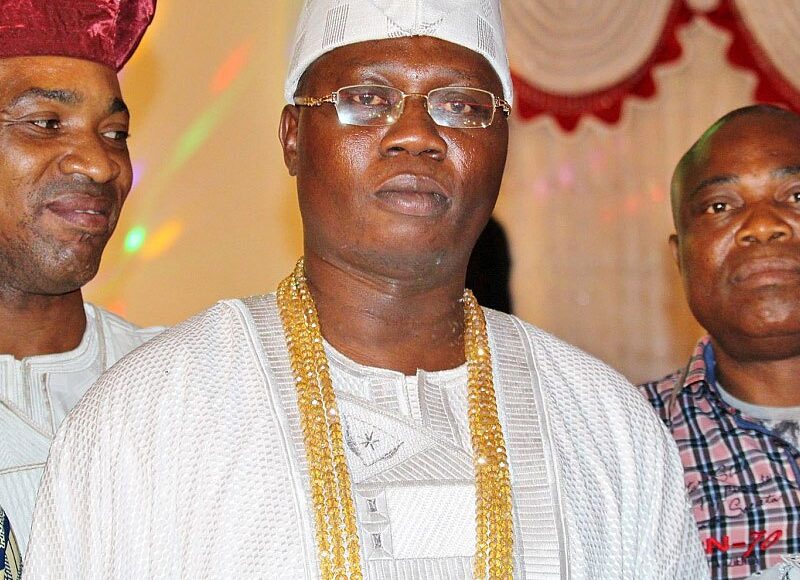 The Yoruba Council of Youths Worldwide and Yoruba Youth Leaders Forum on Saturday commended the choice of Aare Gani Adams as the Aare Onakakanfo (generalissimo) of Yoruba land.

Otunba Oladotun Hassan, national president of the youth group, congratulated and set agenda for Adams in a statement he issued on behalf of the group in Lagos.

Osun poll: Oyetola secures another win against PDP at…

How driver and prime suspect in Abeokuta couple’s…

According to him, Gani has done a lot at ensuring peaceful co-existence of Nigeria at all times, especially in its current trying times.

Hassan, a legal practitioner, observed that Gani had also helped the nation in the fight against violation of fundamental human rights and inequality in sharing of accruable economic resources in the land.

The youth leader also solicited a bi-monthly meeting of all Yoruba indigenous youth organisation leaders and stakeholders with the new Aare Onakakanfo.

He said that such meeting would foster avenue for strategic deliberation on various issues and areas of mutual interests and consolidation towards ensuring an egalitarian society.

Don jazzy reacts to claim that he is ‘broke’