The Kwara State Governor, Alhaji Abdulfatah Ahmed, on Sunday said he and the Senate President, Bukola Saraki, would not return to the Peoples Democratic Party despite the recent call on them to do so by former Vice-President Atiku Abubakar.

He said they were committed to using the platform of the ruling All Progressives Congress to deliver service to the people.

Ahmed spoke in an interview with journalists in Abuja.

He said while they had cause to leave the PDP as of the time they left, they had no reason to abandon the APC now.

The governor explained that people decide to defect from one party to the other when their expectations are not met in their current party.

This, he added, was largely informed by lack of patronage especially when put side-by-side with electoral promises.

The governor said, “It is very unlikely for us to return to the PDP because we are not unhappy with where we are in terms of expectations, service delivery and direction of governance.

“When you are already working towards achieving result, you will want to see that the result get to the people before you will begin to say you want to jump boat.

“We are committed to ensuring it gets to the people. When I used the word ‘we,’ it is inclusive of the Senate President. We are fully committed to using the instrumentality of the APC to deliver service to the people and we have a strong direction. It will be foolhardy to abandon that, leave and go and start all over again. When I say ‘we,’ I am talking about the political group in Kwara.”

Ahmed explained further that former President Goodluck Jonathan made it easy for them to leave the PDP because he did not inaugurate any project in Kwara State.

The governor however said he did not see the national convention of the PDP held on Saturday as a threat to the APC but a welcome development.

He said the ruling party was in need of a viable opposition party.

Ahmed said, “No, their convention was not a threat. In fact, I expect that they should organise themselves because we require a vibrant opposition. Don’t forget that it is when there are checks and balances in the system that allow you to see areas of deficit and improve on what you are doing.

“Without a viable opposition, we may likely not be able to see what we are doing wrong. You know the system is full of people that will always tell you what you want to hear but from the perspective of the opposition, you will begin to see clearly areas that require adjustment and improvement. For me, their coming on board is a welcome development.”

For those claiming that his state is under Saraki’s grip, the governor said it would be foolhardy of him to run the state independent of the Senate President or any other person that had contributions to make.

He said he would continue to rely on Saraki’s opinion because he (the governor) learnt a lot under his administration when the Senate President was the state governor.

“It will be foolhardy for me to begin to run independent of his opinion and input as well as those before him.

“We have for once made Nigerians to see the benefit of continuity. If this can be translated to what we do at the national level, Nigeria will be better off for it.”

Ahmed also said it was unfair to judge the APC government at the national level in just two years of being in the saddle.

He said it was impossible anywhere in the world to correct societal wrongs in two years. 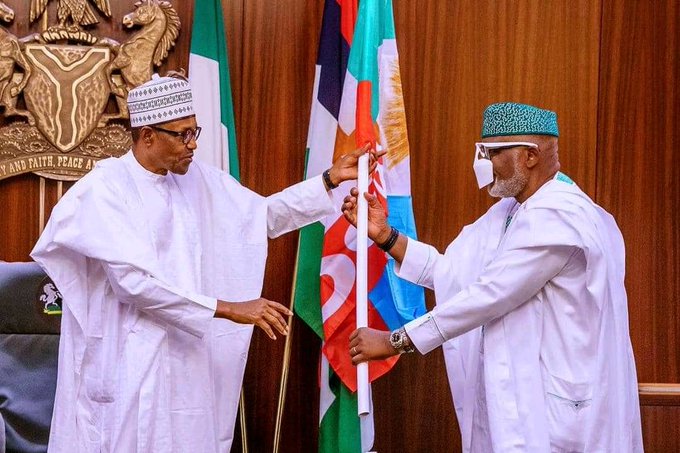