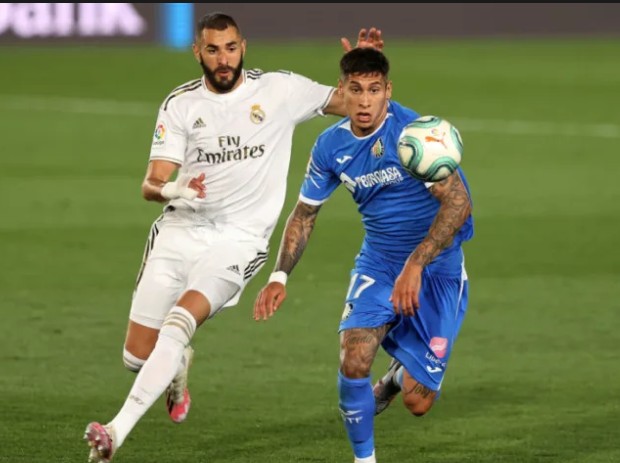 Real Madrid in their only pre-season friendly against Getafe cruised to a 6-0 win ahead of their Laliga campaign.

The match saw French forward Karim Benzema hug most of the glory contributing 4 goals in their triumph. Sergio Ramos and youth team player Sergio Arribas got one goal each to complete 6.

However, the match appeared to be more of a training session for both team as they try to get in shape ahead of their season opener next weekend.

The match was played behind closed doors without any press or camera coverage.

La Liga defending champions Real Madrid would begin their season with a match against Real Sociedad on Sunday while Getafe would face Osasuna on Friday.

Madrid also in their opening game would miss star players like Asensio, Isco and Hazard who are still recovering from injury.