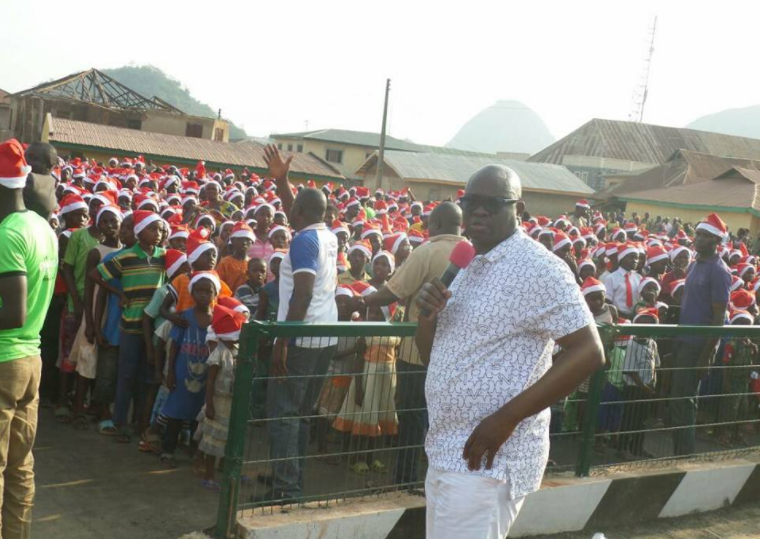 Governor Ayodele Fayose of Ekiti State has vowed not to leave any uncompleted projects behind by the time his tenure expires on October 15.

Addressing the people of the state in a broadcast to mark the New Year on Monday, Fayose said he is working assiduously to complete the projects and inaugurate them for public use.

Thanking the people of the state for their support since the commencement of his second tenure in office, the governor promised to embark on a thank-you tour to all parts of the state later in the year before he leaves office.

He also promised to clear all the arrears of salaries and allowances owed civil servants before the expiry of his tenure.

Fayose promised to ensure the continuity of the Urban Renewal progamme of his administration to give the state a face of modernity.

He said: “I have opened up the horizon of Ekiti State from a rustic countryside to an emerging urban centre in the provisions of infrastructure notably in road construction, public buildings and socio -economic transformation generally.

“The icing on the cake is the construction of the multibillion Naira 1.3km Ado-Ekiti overhead carriage which now links Fajuyi park, flying over the Okesa market to the Ojumose road axial.

“I am also happy to remark that the public building projects which we started during my first tenure in places like the Government House, the State Secretariat and the Trade Fair Arena, to mention but a few, have continued with a new Governor’s office, a befitting complex for the judiciary and a new residential apartment for the Speaker of the House of Assembly.

“My Government will complete these projects including the ultra-modern market in Ado-Ekiti.”

On workers’ entitlements, he said: “In the New Year, we shall continue in that same style and redouble our efforts as I do not want to leave Ekiti Government House as debtor of salaries.

“I am not also unmindful of the yearnings and aspirations of our people in other areas of government responsibilities but we can only do one thing at a time.

“The insufficiency of today will turn out to be abundance of tomorrow if we can improve on our efforts and dedication.

“Let us keep hope alive and continue to support government in all its endeavours.”

Fayose also expressed gratitude to the opposition for putting government on its toes, saying the constitution guarantees freedom of expression.

Change or you will be changed – Father Mbaka tells Buhari