Renowned inspirational speaker and nation building advocate , Fela Durotoye has said money will fail politicians in 2019 elections. The orator and initiator of the Gemstone nation building initiative  made this statement as a guest on Channels Television’s Politics Today.

Though Durotoye is yet to officially declare his ambition to run for the presidency in 2019, speculations have been rife about his interest in politics.

In his words: “People are now smarter and they now know that when politicians offer you money, they are offering you money to enslave you. We have not seen leadership in Nigeria. What we have in Nigeria are not leaders, we have rulers and we have to call rulers for what they are,” he said.

Fela noted that the status quo will be changed in 2019 because the people have “woken up” and are no longer interested in being ruled rather, they want to lead and make deliberate efforts to make their lives better.

He said Nigeria has before now experienced “rulership” as opposed to leadership.  He further added that there is a leadership system called “Selectocracy” in Nigeria, in which “the access to positions of authority and In some cases power, is determined by a few people who have a higher interest in themselves and their own select interest than they have in the interest of the general public.  “

How Igbos can win 2023 presidency - Uzodinma

Obi calls on youth to take back Nigeria 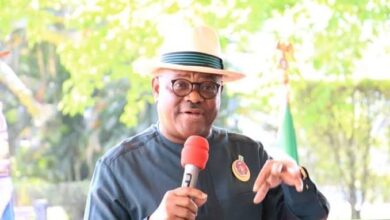