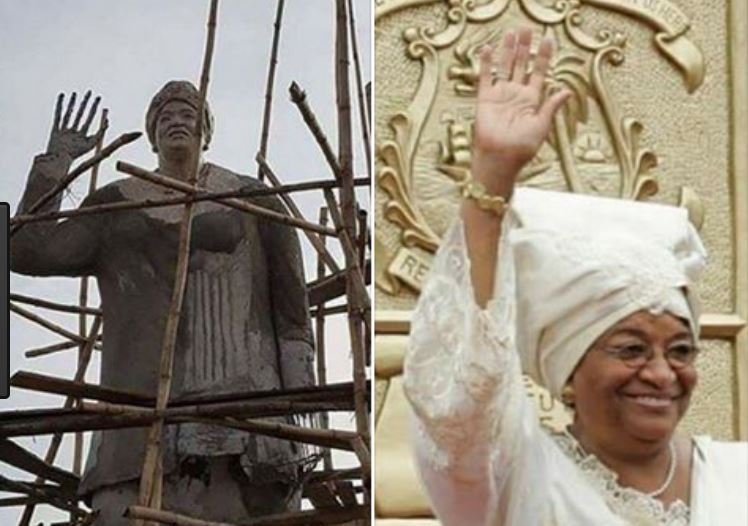 …..ahead of her state visit

The Imo State Governor, Rochas Okorocha seems to have developed a liking for statues. Just after the recent criticism from the public for the gigantic statue he erected for the South African President, Jacob Zuma, the Imo helmsman has done it again and this time, it is an unfinished statue of the Liberian President, Ellen Johnson Sirleaf that was spotted in Owerri, the Imo state capital.

The Liberian President is expected in the state for a two-day visit. She will arrive in the state tomorrow, Thursday, November 9, 2017 and will be meeting with students of The Rochas Foundation College of Africa; as well as with Liberian students who lost their parents to the Ebola virus.

Findings by newsclickng.com indicate that the visiting President is also expected to key into The Rochas Foundation College Vision 2030 which is targeted at taking one million children of Africa out of the street and give them functional education. She will be appreciated with the Imo merit award and a road will be named after her.

A cross section of resident who spoke with newsclickng.com describe the development as misplaced.

“And also, is the Governor trying to lure these countries whose Presidents statues are erected into investing in his state or the statues are meant to create an artistic aura the state aspires to as a tourism hub? Well, time they say answer all questions,” Chukwu Ebuka,a public affairs commentator in Owerri, volunteered.