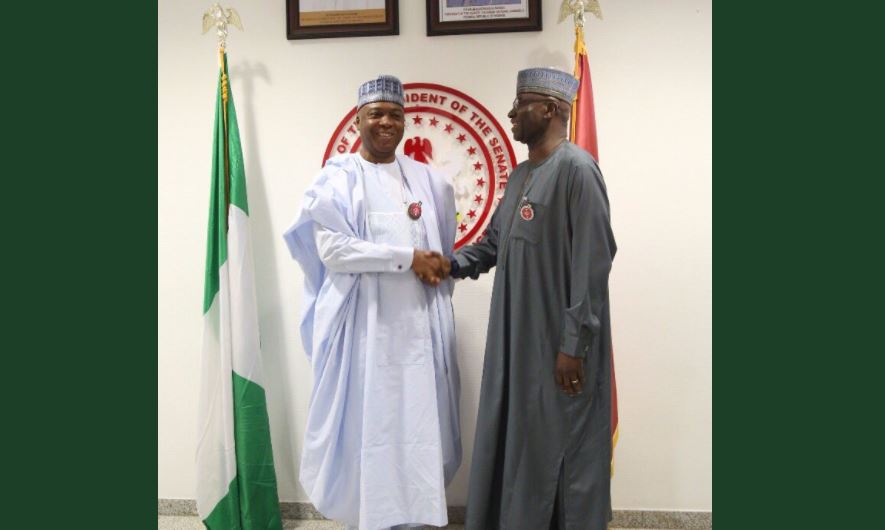 The Secretary to the Government of the Federation (SGF), Boss Mustapha, on Monday held a meeting with the Senate President Bukola Saraki.

Mustapha later proceeded to the House of Representatives’ wing of the National Assembly Complex for a meeting with the Speaker Yakubu Dogara.

Until his appointment, Mustapha was Managing Director of the National Inland Waterways Authority (NIWA).

The Senate leadership led by SP @bukolasaraki today met with the Secretary to the Government of the Federation (SGF), Boss Mustapha. pic.twitter.com/zxihar4yTd