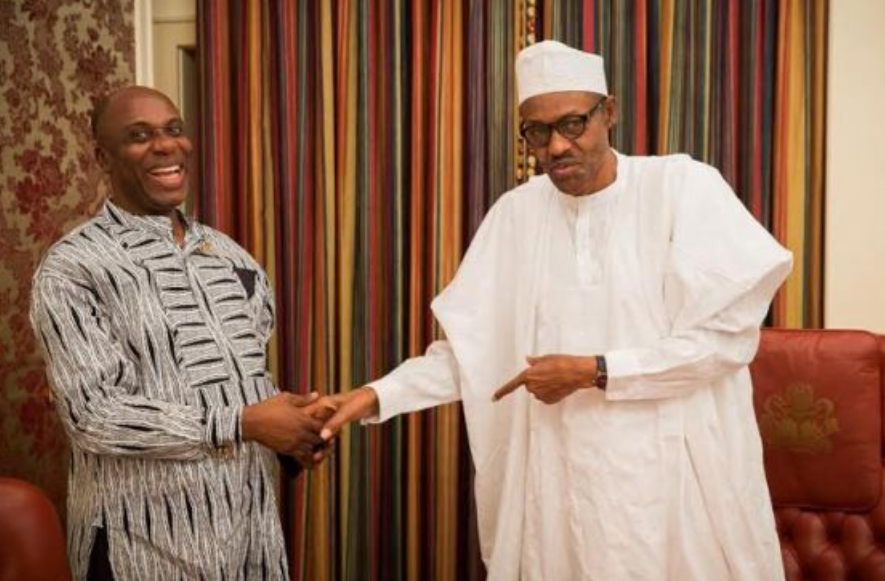 The Peoples Democratic Party (PDP) on Thursday demanded the resignation of the Minister of Transportation, Rotimi Amaechi following his appointment as the Director General of President Muhammadu Buhari’s 2019 campaign.

The opposition party the President and the ruling All Progressives Congress (APC) of being insensitive to the plight of Nigerians.

The statement reads: “If the APC has any strand of dignity, then Amaechi must resign as the Minister of Transportation, having been appointed and already functioning as the DG of Buhari’s campaign.

“Under the constitution of Nigeria, Amaechi cannot combine the job of a minister of the Federal Republic of Nigeria with another responsibility as the DG of a campaign organisation.

“Amaechi’s action, in accepting the job while still holding office as minister, is in clear breach of the oath of office and the oath of allegiance which he swore in line with the provisions of the 1999 Constitution (As amended).”

The party noted that Amaechi had started to function as the DG by holding meetings with some governors on the APC platform.

The PDP recalled that when the ex-Minister of Works, Tony Anenih was appointed to head the campaign of former President Olusegun Obasanjo, he resigned his appointment as minister.

The party expressed concern that the APC is interested in establishing a re-election campaign when the people are suffering.

Recall that Ameachi as governor in 2014 also functioned as DG of Buhari/Osinbajo campaign organisation.

Neither the Presidency nor the minister has reacted to the opposition party’s demand.