Oba of Lagos, Rilwan Akiolu is under fire over his comment on Wednesday that hoodlums who invaded his palace during the #EndSARS protest stole his $2 million and N17 million.

Akiolu, who spoke at the Glover Hall Memorial Commissioning, Lagos on Wednesday, lamented the devastation inflicted on Lagos by the protesters, including his palace.

“Those who did the Iga Iduganran, I can now say it publicly that they stole from my palace two million dollars cash and N17 million, I am now saying it publicly.

“I am not a wealthy man, but I am a contented person and Insha Allahu, I will continue to be rich,” Akiolu disclosed.

“Those who committed the offence would not have done that if they knew the implication. But as a father, I won’t place any curse on them,” he added.

Akiolu’s comment has elicited a backlash on social media, with Nigerians asking how he got such a huge money that he kept in his palace.

According to J. Osaghae, who commented on the story, “Oba Rilwan Akiolu, can you tell Nigerians where you got $2 million and 17 million naira? You are shameless to come out with this type of story. You are not a clean man. Your curse cannot work on those who took the money.

As for Suraj Adejumo, “This King is shameless and callous. Two millions dollar!” 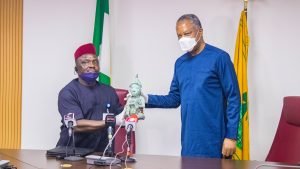 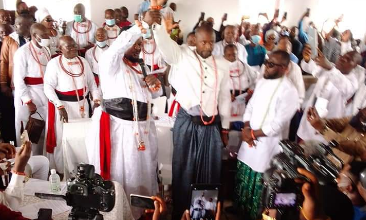