Governor Seyi Makinde of Oyo on Wednesday reiterated that the state will not give out free land for ranching, insisting that it is a private business.

The governor said this in a series of tweets on his handle while clarifying a statement he earlier made about the National Livestock Transformation Plan during a security meeting held on Monday.

“My attention has been drawn to this tweet regarding the implementation of the National Livestock Transformation Plan during the joint security meeting, yesterday. For the avoidance of doubt, when I said we would implement the plan, I didn’t mean a wholesale implementation,” Makinde tweeted.

“We will be taking aspects which are beneficial for our state. As I have stated on several occasions, our position in Oyo State is that ranching is a private business and should be carried out as such. Our admin won’t be providing land for free to private investors for ranching.”

Clashes between farmers and herders have been an age-long issue in Nigeria. Herders who mostly move from the northern part of the country to the south in search of pasture have been accused of committing crimes such as kidnapping, rape, among others.

But the herdsmen deny any wrongdoing, saying they are being unjustly profiled, their cattle rustled and properties destroyed. 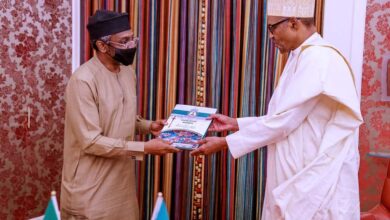