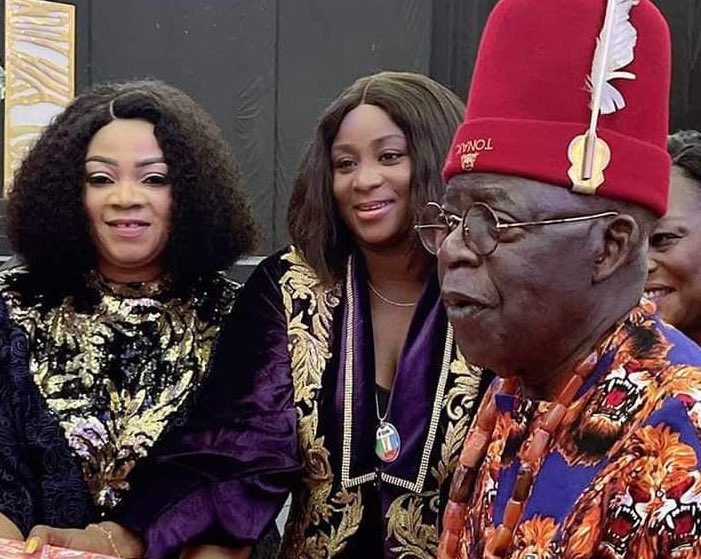 Bola Tinubu, the All Progressives Congress candidate for President, reportedly bagged a chieftaincy title in Ebonyi State on Thursday.

Before the Presidential campaign rally, which is slated to take place on Thursday at the Pa Ngele Oruta township stadium in the state capital, Tinubu was given the title of “Dike di ora nma 1 of Ebonyi State.”

An APC fan named DOlusegun tweeted a photo of the APC Presidential candidate wearing the full Igbo regalia and being escorted by some women who were giving him a wrapped gift with the caption;

“He Is Now The DIKE DI ORA NMA 1 Of Ebonyi State.”