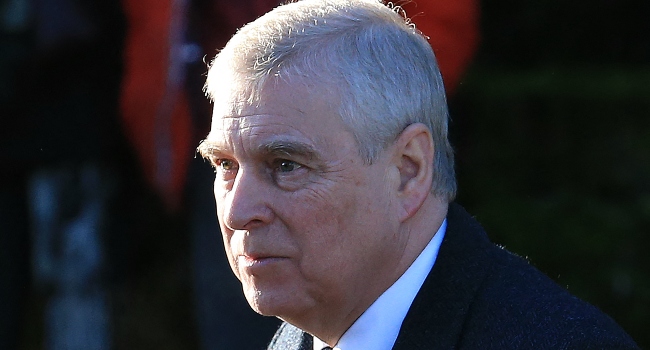 Prince Andrew will not wear a military uniform, unlike other senior British royals, at Queen Elizabeth II’s funeral, underlining his continuing estrangement from the family.

Andrew was stripped of his “His Royal Highness” and honorary military titles at the start of the year amid ongoing fallout from a sex assault scandal.

The 62-year-old re-appeared in public this weekend having been effectively banished from royal life over allegations he had sex with a victim of American child sex trafficker Jeffrey Epstein.

He was seen being driven to the queen’s Balmoral estate on Thursday, the day of her death, and appeared alongside other grieving senior royals on Saturday and Sunday in Scotland.

While fellow family members will wear uniform for five separate commemorative events for the queen, including her state funeral next Monday, Andrew will only don military colours for a final vigil in Westminster Hall, Britain’s domestic Press Association news agency said.

Andrew was honorary colonel of the Grenadier Guards, whose soldiers are part of the Household Division that guard Buckingham Palace in their distinctive bearskin hats and red tunics.

Often called the queen’s “favourite son”, he was accused of sexually assaulting a 17-year-old girl in 2001 who claimed she was delivered to him by Epstein.

It is unclear if Prince Harry — who is also a non-working royal after he moved to the United States in early 2020 — will wear military dress to royal events this week and next.

Harry is a former captain in the British Army who served in Afghanistan.

He was the last senior royal to see frontline service in a conflict zone since Andrew, who flew Royal Navy helicopters in the 1982 Falklands War with Argentina.