The Benue State Government has demolished a property that was allegedly owned by a former Chief Judge of the state and was being used by kidnappers.

The demolition came after the arrest of two of the four suspects in a failed kidnapping attempt in Makurdi, the state capital, by the Benue State Police Squad.

According to sources, the affected property is a residential apartment along the Makurdi-Gboko Road, rather than a structurally deficient building.

It is being pulled down under the supervision of security officials after investigations revealed that it has become a hideout where kidnappers hold their victims hostage.

The property is purportedly owned by a former CJ of the state but occupied by four tenants who allegedly turned out to be members of a kidnap syndicate.

Addressing journalists in Makurdi, Special Adviser on Security Matters, Colonel Paul Hembe, said the demolition was in line with the Benue State laws that forbid buildings to be used as kidnapping sites.

“The state has zero tolerance for kidnapping activities and we have a law in place which provides that whoever provides his or her property to be used by kidnappers as a den, we will have that building demolished,” he said.

“Our special crime unit busted their activities. Two of them were arrested and two others including the kingpin are on the run but hopefully, we will get them very soon.”

In his remark, the Commissioner of Police in the state, Wale Abass, said the suspects who have carried out three successful kidnapping operations in the past have been giving Benue State problems.

Noting that the suspected kidnappers have collected ransom, the police commissioner said they were nabbed by special operatives.

One of the suspects, Iorver Solomon, confessed to the crime and said they collected N500,000 as ransom from the first victim. He stated that they realised N1 million from the second kidnap victim.

But the husband of a kidnap victim, Ibrahim Anum, contested the amount demanded by the suspect, saying his family coughed out nothing less than N3 million as ransom.

Anum explained that the suspects initially demanded N25 million, saying they know how successful he has been as a businessman, but after due negotiations and pleadings, eventually collected N3 million.

See photos from the demolition below: 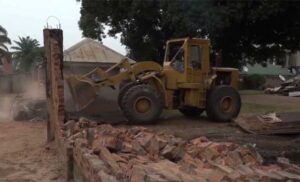 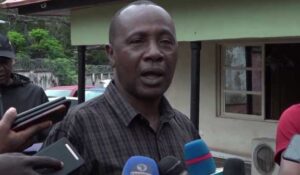 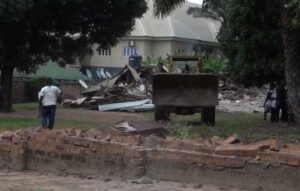