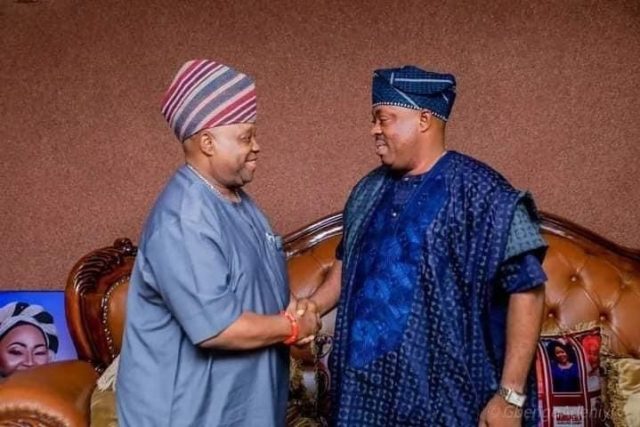 Osun State Governor, Senator Ademola Adeleke, has promised to work with members of the All Progressives Congress-led Osun State House of Assembly to deliver on his administration’s five points agenda.

Adeleke of the Peoples Democratic Party (PDP), was on Sunday sworn in as the sixth Executive Governor of Osun, along with his Deputy, Kola Adewusi.

Speaking while receiving Speaker of the state House of Assembly, Timothy Owoeye, in his county home at Ede, the new governor described himself as a man with passion for the legislature, while restating his readiness to work with the lawmakers.

The meeting was held with top leaders on both sides of the government arms in attendance, the governor’s spokesperson, Malam Olawale Rasheed said.

According to the governor, this would enable him to deliver on the five points agenda of his administration and take Osun to a greater height.

Adeleke commended the excellent partnership between the two arms of government in the state.

At the meeting, the governor described the legislature as a critical arm of government which plays important role in the efforts to deliver on good governance, accountability and leadership transparency.

In his remarks, the speaker assured the governor of the readiness of the legislature to support his administration to deliver on its promises to the people of the state.

How I brokered peace between warring Ethiopian sides – Ex-President Obasanjo