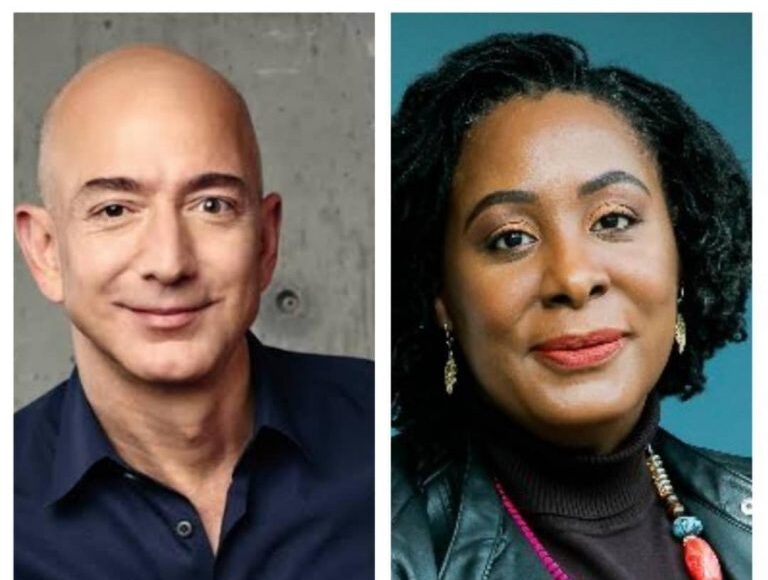 Uju Anya, a Nigerian-born American professor, has spoken out again about her remarks about late Queen Elizabeth II of England.

In an interview with THE CUT, a foreign-based news platform, professor anya explained why she wishes the queen “excruciating pain.”

She also claimed in the interview that Amazon founder Jeff Bezos incited violence against her, describing it as racism and misogyny.

Anya on Thursday had tweeted hours before the Queen’s death, saying, “I heard the chief monarch of a thieving raping genocidal empire is finally dying. May her pain be excruciating.”

In another tweet, Anya referenced the rumoured role of the British empire in supplying the Nigerian government with arms and ammunition during the nation’s civil war which spanned 1967 – 1970.

“If anyone expects me to express anything but disdain for the monarch who supervised a government that sponsored the genocide that massacred and displaced half my family and the consequences of which those alive today are still trying to overcome, you can keep wishing upon a star,” she wrote, following the announcement of the Queen’s death.

Her tweets got the attention of Bezos, who quote-tweeted the post, saying “This is someone supposedly working to make the world better? I don’t think so. Wow.”

She had earlier replied to Bezos on Twitter, writing, “May everyone you and your merciless greed have harmed in this world remember you as fondly as I remember my colonisers.”

Speaking on Bezos comments, she said, “Jeff Bezos incited violence against me. He rarely tweets in his own voice, but he took the time to single me out when literally half the planet rejoiced over the news. I can’t ignore the racism and misogyny — the emails I’ve been getting all start with the N-word, bitch, genetically inferior, all kinds of things. I don’t open them, but I see the subject lines. There’s also a reason I caught his attention. I recently met Chris Smalls, the young Black man who unionised at Amazon, at an event. I took a picture with him and tweeted it, praising him and saying, “Extraordinary brilliant and powerful young man who unionized Amazon. We all know Bezos is a small and petty man.”

Anya, however, clarified that she did not wish the Queen death nor asked anyone to kill her.

She told The CUT, “In my tweet, I did not wish her death. I did not tell anyone to kill her. I said nothing except wishing her the pain in death that she caused for millions of people. There’s not going to be any apology from me. I stand by what I said.

“As a direct recipient of her governance and as the child of colonial subjects, I reserve the right to say what this woman’s life and monarchy and the history of the British monarchy as a whole mean to me. Speak no ill of the dead is a weapon that’s leveled against the oppressed to silence them, to lionise oppressors, and to sanitise their history. What respect am I supposed to have for her, for her family? Oh, well, her family is mourning her. My family is mourning as well.”

Queen Elizabeth’s crown not her own, Uju Anya alleges