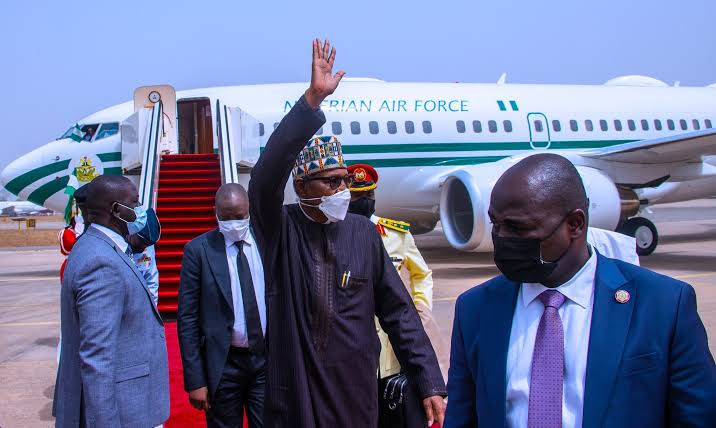 President Muhammadu Buhari on Monday arrived Lagos State via the Presidential Wing of the Murtala Muhammed Airport, for a two-day working visit to inaugurate projects undertaken by the Governor Babajide Sanwo-Olu administration.

On arrival, the President was led straight to the Lekki Deep Sea Port by Governor Sanwo-Olu. The President was shown round the project before the official commissioning.

Meanwhile, the President Buhari will inaugurate four other projects between his arrival and departure on Monday, January 23 and Tuesday, January 24.

Apart from the just commissioned Lekki Deep Sea Port, other projects lined up for commissioning include; the 32-metric tons per hour Lagos Rice Mill; the 18.75-kilometre six-lane rigid-pavement Eleko Junction to Epe Expressway; the John Randle Centre for Yoruba Culture and History, and the iconic Lagos Blue Line rail project.