Information reaching Newsclickng.com now has it that a renowned Nigerian Advertising guru, Hakeem Adenekan is dead.

Newsclickng.com gathered that Adenekan died in the early hours of Monday (today) and has been buried in his Abeokuta hometown according to Islamic rites.

Adenekan while alive worked with notable advertising and marketing communications companies in Nigeria and South Africa like Campaign Palace Limited and Centrespread Grey Advertising Agency. In 2002, he floated Commstrat Associate Advertising where he managed many Nigerian local brands. Some of the brands include Afribank, Intercontinental Distillery, UAC Foods, Vertebra , Anchor Insurance, GZI and Etisalat among many others.

He was reputed for his love for Nigerian rich cultural values, particularly those related to his ancentral Abeokuta, Ogun State. His maiden coffee table book ‘Abeokuta Beyond The Rock’ was a testimony for his love for Abeokuta historical heritage.

The passionate development creative expert, was Trained in Cranfield University, United Kingdom, Nervarra University, Bercelonia, and he was a member of the Chief Executive Programme (CEP 17) at the Lagos Business School (LBS) in Nigeria. He was a product of the defunct Ogun State Polytechnic, Abeokuta, now Moshood Abiola Polytechnic, where he got Higher National Diploma (HND) in Mass Communication in 1993.

A man of many parts. He was Associate Producer to many of Tunde Kilani films like Arugba and many others. He also assembled a creative team that produced over 100 Nigerian Rhymes into short films in Yoruba, Igbo and Hausa languages in 2010.

He was survived by Children, Wife, siblings and aged father.

Ogun students to get free data for e-learning — Gov. Abiodun 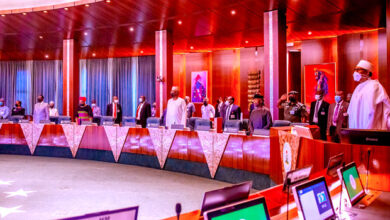