Lagos-based MFM FC defeated 36 Lion of Lagos 3-1 to emerge the champions of the 2017 edition of the South-West Pre Season Football Tournament.

The News Agency of Nigeria reports that the Premier League, National League and some invited teams based in the South-West participated in the week-long invitational tournament.

MFM defeated 36 Lions in the final match decided at the Agege Stadium, with goals from Victor Mbaoma, Oche Salefu and Monsuru Bashiru. Bakare Emmanuel scored 36 Lions’ only goal of the entertaining match.

The chairman of the tournament, Seyi Akinwunmi, told NAN during the encounter that the competition achieved its aim of preaching unity and love to clubs in the zone. 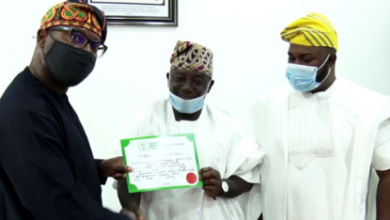