Lionel Messi suffered his first defeat as a Paris Saint-Germain player on Sunday as their perfect start to the Ligue 1 season ended with a 2-0 loss at Rennes.

The Argentina star smacked the crossbar with a free-kick in the first half at Roazhon Park before Gaetan Laborde volleyed Rennes ahead just before the break with his league-leading sixth goal.

Flavien Tait struck less than 20 seconds after half-time to double the lead for Rennes, with Kylian Mbappe seeing a goal ruled out for offside as PSG’s eight-match winning run in the league this term ended.

“We didn’t start the match well but then we played the best 25-30 minutes of the season. It’s a shame we didn’t score. We conceded two goals that were hard to take,” said PSG coach Mauricio Pochettino.

PSG lost in the league for the first time since April, when they were beaten 1-0 at home by last season’s eventual champions Lille.

“In general, I’m satisfied, we created a lot of chances. Rennes scored with their first and the goal had a big emotional impact,” said Pochettino.

“I don’t like to lose, there’s a bit of anger. To go 2-0 down after a good period… We’re disappointed not to have finished off what we had. It leaves us a bit bitter and disappointed.”

Messi lined up alongside Neymar, Mbappe and Angel Di Maria for just the second match, making only his second league start for PSG after missing the past two Ligue 1 games with a knee injury.

Gianluigi Donnarumma again got the nod ahead of Keylor Navas in goal, having kept a clean sheet midweek in PSG’s Champions League win over Manchester City.

Looking to keep pace with the team that won its opening 14 games under Thomas Tuchel in 2018, PSG created a series of chances midway through the first half — all of which went to waste. 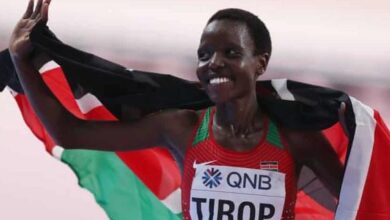