Facebook Twitter LinkedIn Tumblr Pinterest Reddit Pocket WhatsApp Telegram
The Lagos State Government has disclosed plans to commence the 2021 Africa Industrialization Day/Young Africa Industrialization week to commemorate international Africa Industrialization Day.
The state Commissioner for Commerce, Industry and Cooperatives (MCIC), Dr Lola Akande, made this known in a statement, signed by Mr Kayode Oyekanmi, Director, Public Affairs, MCIC, on Monday.
Akande noted that the four-day-long event which would be declared open by Governor of Lagos, Mr Babajide Sanwo-Olu, would begin on Tuesday, Nov. 23, at Adeyemi Bero Auditorium, Alausa.
She said the event is with the theme:  “Industrialization Africa: Renewed Commitments towards an Inclusive and Sustainable Industrialization and Economic Diversification”.
The Commissioner said the event would showcase new initiatives in the industrial sector of the state, aimed at encouraging more contributions of the sector to the overall economic growth and development of the nation.
Akande added that the event would feature presentations of model projects designed by students across the State and also new initiatives of young African industrialists.
“The Industrialists Week will provide a platform for exhibitions, daily lectures and paper presentations by erudite scholars on topical issues affecting industries.
“There would also be public presentation of the award of excellence to outstanding industrialists in the state.
“We commend African industrialists for their creative science-based researches and fabrications exhibited in previous years.
“We are also emphasising the state government’s commitment to promoting policies and providing infrastructure that would encourage sustainable growth and development of the sector,” she said.
Tags
Africa Industrialization week Dr Lola Akande Lagos State Government 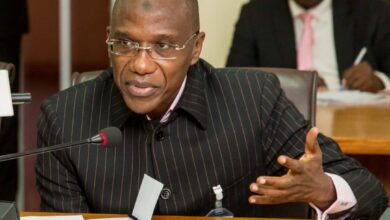