In its quest to meet the needs of youths’ technical and vocation skills, the Lagos State government has announced additional three technical colleges, bringing the total numbers to eight in the State.

According to her, the three technical colleges which will be sited at Alimosho, Ibeju Lekki and Badagry will enhance skills acquisition that will make youths self reliant and better the citizenry.

She noted that due to Lagos State rising population, it would continue to cultivate the culture of creating jobs for its teeming population.

Adebule, who maintained that technical and vocational education is the way to expose students to self reliance said: ”Our administration will continue to improve in infrastructure in the various institution to bring this dreams to pass.

While congratulating the 1,324 graduands from the five technical colleges in Lagos, She told them that their attitude and disposition to work matters even after they have acquired the certificates.

Meanwhile, the Executive Secretary of the Lagos State Technical and Vocational Education Board (LASTVEB) Mrs Lola Erogbogbo in her speech charged the graduands to create a world through their acquired skills where there will be no poverty.

”We have the most amazing technology in the command of our students that made them unique,” she said.

On his part, the guest lecturer at the graduation and Director of Directorate, Adeniran Ogunsanya College of Education AOCOED, Dr J.O Owosho posited that technical colleges of education is the bed rock of nation building.

He lauded the Lagos State government for the adequate funding of technical education and recruitment of teachers in the states.

Muslim students condemn position of Law school on Hijab use 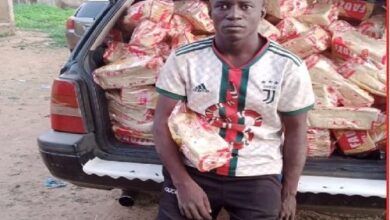 I made N70,000 daily supplying bread to bandits – suspect