The Lead Visioner of Lagos 4Lagos Dr. Abdul-Azeez Olajide Adediran, popularly known as JANDOR has joined numerous Lagosians and Nigerians alike to felicitate with the former Legal Adviser of the All Progressive Congress (APC) and a two-time Commissioner in Lagos State, Dr. Muiz Banire on his 55th birthday anniversary today.

Dr. Adediran joins a long list of well-wishers to celebrate the legal luminary who has been able to carve a niche for himself in politics and law.

The Lead Visioner, Lagos4Lagos movement appreciates the Senior Lawyer, whom he considers a very rare inspiration, especially on the move by Lagos4lagos movement to birth a new political order within the ruling All Progressives Congress in the state of Lagos.

Jandor further heaps praises on the celebrant for his invaluable achievements and contributions to the party urging him not to relent on his oars as the party needs men like him for leadership and direction.

According to him, Dr. Banire’s track records in party politics speaks volume of his tenacity in birthing a democracy that works for all not minding the overbearing odds. 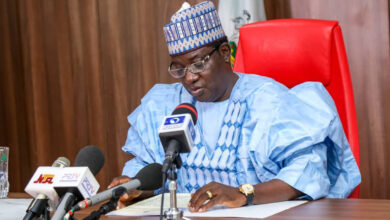