The Esu of Karu, Luka Panya Baba, has conferred the traditional titles of ‘Kpata Biyi’ and ‘Bmazazhi’ of Karu on Haitian- Americans, Raymond Theligene Ray and his wife, Marie Antonette-Jean, respectively.

The News Agency of Nigeria (NAN) reports that the title Kpata Biyi, conferred on Ray, means defensive shield, which symbolises protection, defence and an unshakable assurance against attack.

The title ‘Bmazazhi’, which was conferred on Antonette-Jean, means a helper of the less privileged, who feels their pains in Gbagyi dialect.

The Esu of Karu, who is also the Chairman of Karu Traditional Council, said the titles were conferred on the couple in recognition of their contributions to the welfare and development of the people.

“Today is a historic day in the town of Karu, Nasarawa on this remarkable occasion of conferring traditional titles on the Haitian couple.

“The Karu community cherishes hard work, honesty, integrity … the traditional council decided to honour the duo as our way of identifying with their footprints in the area of human development.

`Marie is the CEO of ‘Valley of Love Ministries,’ an organisation that engages in housing the homeless, feeding the hungry, dressing the naked… She is a vibrant humanitarian.

“Her husband, Rymond, heads a company known as Muric’s Innovation’ and a great pillar of support for the people, the traditional ruler said.

He described the couple were honourable, had noble ideas and driven by passion to help humanity.

He said henceforth they should be addressed as ‘Kpata Biyi’ and ‘Bmazazhi’ of Karu, respectively.

According to him, the traditional titles were prestigious and of great significance to the entire Karu people.

“It is in my hope and expectations that in your new capacity as titles holders of Karu, you will bring your expertise and experience to bear in the development of Karu,” he said.

In their remarks, the couple thanked the Esu for conferring the titles on them.

The duo said that the chieftaincy titles were a great honour to them.

“We thank the Esu Karu and other traditional council members for the titles, ” Ray said.

NAN reports that the event was graced by some emirs, and different culture groups. 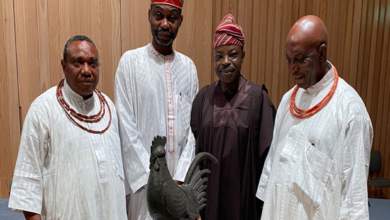 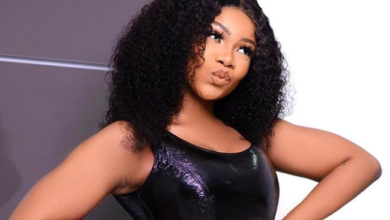