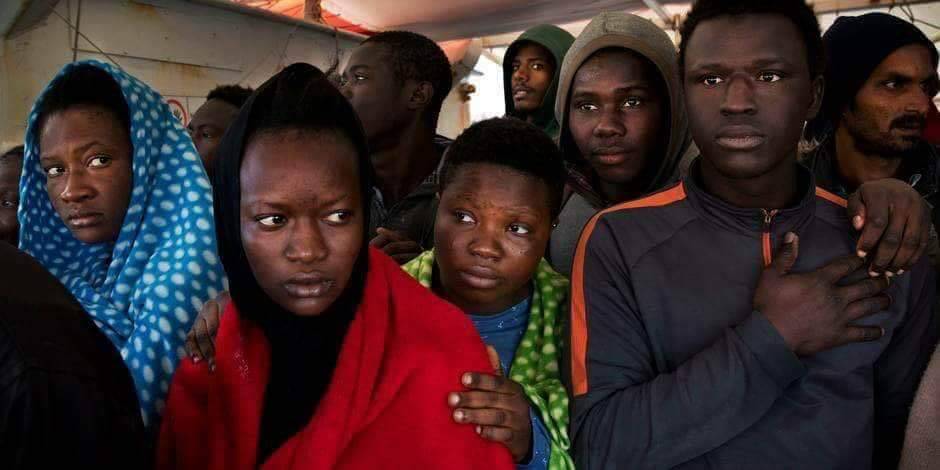 A human rights lawyer and Senior Advocate of Nigeria (SAN), Mr. Femi Falana, has stated that the Nigerian victims of slavery cannot sue Libya, stressing that the shameful slave trade which Nigeria is battling with is part of the fallout from the removal and brutal killing of President Muammar Gaddafi by armed gangs supported by the allied forces of imperialism led by the United States under President Barrack Obama.

Falana said in a statement yesterday that Nigeria had herself to blame for the tragedy in Libya, adding that without considering her political and strategic interests in the political crisis in Libya, Nigeria blindly supported the illegal resolution of the United Nations Security Council which authorised the invasion of Libya to effect a regime change.

According to him, while the regime change has ensured uninterrupted supply of the Libyan oil to Western countries, the country has been destroyed completely as not less than five armed gangs are laying claim to the leadership of the country.

Falana noted that it has been confirmed that the arms and ammunition looted from the armory in Libya were sold to the dreaded Boko Haram sect.

According to the senior lawyer, the jurisdiction of the Community Court is limited to the West African sub-region, Nigerians whose rights are breached in other African countries would have been able to seek redress in the African Court on Human and Peoples Rights sitting in Arusha, Tanzania.

According to him, that is not possible as the federal government has refused to make a Declaration accepting the jurisdiction of the Court in line with Article 34(6) of the Protocol establishing the African Court which provides that “At the time of the ratification of this Protocol or any time thereafter the State shall make a declaration accepting the competence of the court to receive petitions under Article 5(3) of this Protocol. The Court shall not receive any petition under Article 5(3) involving a state party which has not made such a declaration.”

He recalled that in Femi Falana v. African Union (Application No. 019/2015), the Applicant challenged the validity of Article 34(6) of the Protocol establishing the African Court on the grounds that he could not be denied access to the Court due to the refusal of Nigeria to make the requisite Declaration.

In opposing the case the African Union (AU) argued that the obligations of state parties to the African Charter on Human and Peoples Rights could not be inferred upon the AU. By a split decision of 7 to 3 votes the African Court struck out the case for want of locus standi on the part of the Applicant.

It was the view of the Court that since the AU is not a party to the Protocol, it could not be subject to its obligation and the Court therefore lacked jurisdiction to entertain the case.

He also noted that in SERAP v Nigeria (Application No. 001/2013) the Applicant had sought an advisory opinion of the African Court to decide whether the citizens of countries governed by corrupt leaders are entitled to sue their governments before the African Court for the hardship they face due to actions of such leaders.

While Cape Verde and Zambia staunchly supported the contention of SERAP, the governments of Nigeria and Uganda challenged the competence of the case.

Falana noted that the Court agreed with Nigeria and Uganda and struck out the case due to lack of locus standi of the Applicant since Nigeria has not deposited the Declaration.

“No doubt, the stand of Nigeria in the case has called to question the commitment of Muhammadu Buhari to the fight against corruption in Nigeria,” he added.

Saraki and I won’t return to PDP, says Kwara governor