Federal Ministry of Education has set aside N5bn for the provision of “security infrastructure” in the country’s 104 Federal Government Colleges in 2018.

According to the breakdown in the proposed 2018 Executive Budget obtained by our correspondent, the fund will be used for the installation of Closed-Circuit Television Cameras and the construction of perimeter fencing around the schools.

The Federal Government also planned to spend N19m on the establishment of language clinics in all the schools, which it said would be a part of the National Language Policy.

Other expenses include capacity building for librarians in all the schools, which will gulp N6,652,000, as well as the physical assessment of their libraries, which will cost the ministry of education N6m.

The ministry will also expend N10m on the deployment of counsellors to tackle anti-social behaviour, such as drug-related issues, child labour and violence against children in the six geo-political zones in 2018.

The government planned to evaluate 500 secondary schools in the six geo-political zones in 2018 and produce a report of the evaluation. Both actions will gulp N81,676,925.

Other projects in the line-up include the compilation and dissemination of skilled-based pupils textbooks for Classes 1 to 6, Junior Senior Secondary 1 to 3 and teachers’ manuals on nutrition education for schools which would cost over N10m.

Over 600 doctors migrated out of Nigeria in two years - NMA 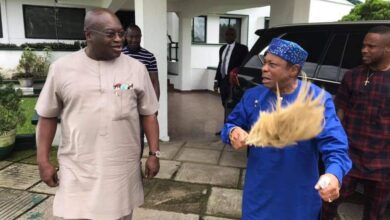