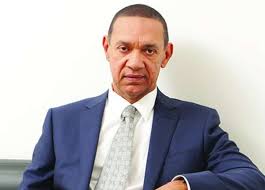 Senator Ben Bruce tweeted that he hope the president acknowledges the efforts of former President Jonathan.

“I hope President @MBuhari remembers to say thank you to former President @GEJonathan for the train ride he enjoyed in Kaduna. Some of us haven’t forgotten that that achievement was ENTIRELY the handiwork of the Jonathan government. Nigeria should give honour to whom honour is due” Governor El Rufai then replied Senator Ben Bruce saying the Senator was wrong and that former President Obasanjo was the one who initiated the idea but the project was stalled by the Yar’ Adua’s administration for two years.

“Wrong Distinguished Senator! The Obasanjo administration which Jonathan was not part of, designed, raised the financing and started the EPC of the Lagos-Kano dual track-standard gauge rail system, and the Abuja Light Rail. Yar’Adua-Jonathan stalled both projects for two years!

“There is nothing to debate. Facts cannot be debated. Opinions are free. While the Obasanjo administration was conceiving the rail modernization programme, Sen Ben-Bruce was organizing beauty contests and Jonathan was a deputy governor. I am not cluelessly common-sensical!”

Senator Ben Bruce responded by tweeting that Governor El Rufai that his dislike for the late president has clouded his judgement. He said;

“Your dislike of the late Yar’adua may have clouded your judgment. I made no mention of the ‘Abuja light railway’. My tweet referred to the Abuja-Kaduna railway which IS a product of the Jonathan administration. I am happy to publicly debate this with you.”