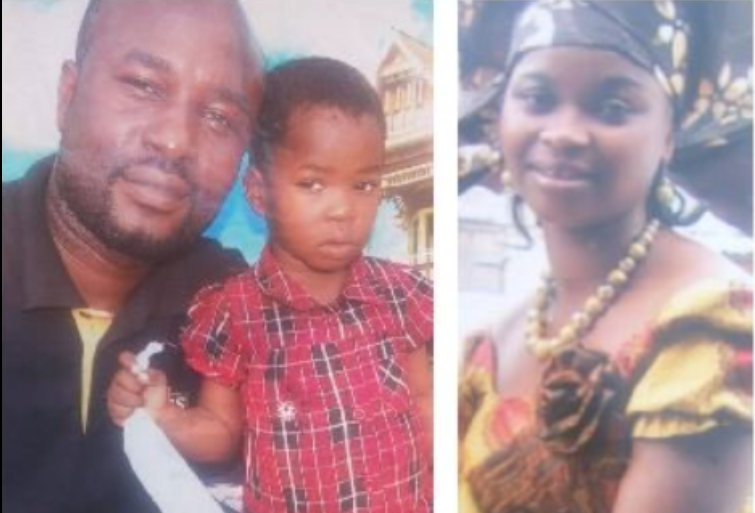 An pregnant woman, her husband and two children were yesterday burnt to death in their Lagos home.

The incident occurred at 13, Buraimoh Street, Bariga at the wee hours of the day.

Forty-one-year-old Kenneth Eze, his wife, Favour and their daughters Miracle and Marvellous were sleeping in their shop when the fire broke out.

Kenneth, who ran a drug outlet, resided in his aluminium shop with his family.

Besides, the wife reportedly went into force labour and delivered still birth which  the fire.

Two other shops, a tailoring centre and a provision store attached to the chemist’s store were also razed by the inferno.

Neighbours who were alarmed by their screaming said the metallic component of the burglary secured shop made it difficult to render timely assistance.

They were said to have died from burns and suffocation from the fire.

While some residents blamed the outbreak on electric surge, others claimed it was caused by a lit candle that was left unattended.

It was gathered that Eze, an Imo state indigene, was set to spend the Christmas holiday at his newly built home in Ikorodu before the incident.

While a crowd of sympathisers gathered before the shops, hoodlums besieged the heap of ruins, scavenging useful materials.

However, the fire did not affect the main bungalow building situated in the same compound with the shops.

Eze’s former boss, who didn’t want her name, disclosed said he was an honest and diligent man, who gave his time to the service of God.

She said: “When we spoke, he told me he had issues with his Landlord. So he said he would move to his new house by the 27th of this month. The next thing was that I was called about his death. When I asked people, they said the electric sparks was the cause. Kenneth was a very good boy. He made me happy. He never lied and he never stole from me. He was passionate about God because I encouraged him to be born-again. In fact, he was already a pastor before I settled him. Even after he left my control, I still narrate his case to my children because of his good records. The person who made me stay in Lagos. When you call him, he would respond and you could take his word.”

The deceased’s relative said: “When the fire broke out, it displaced all of them in different parts of the shop. People who heard him crying for help could not assist. They couldn’t near him because of naked wire. They just watched the family die helplessly. It was just few days to settling in his home. “

A member of the World Harvest Church where Eze pastored, Ndukwu said: “My wife called me this morning around 11:30 asking if I learnt about the incident. I was shocked as she said the whole family died. We are only here to help gather any necessary remnants from the ruins. I honestly don’t know how I feel about the incident. According to people, he struggled to escape the fire but the electric surge held him back.”

The remains of the deceased have been taken to Imo State for burial.

He said investigations would be conducted into the cause of the outbreak.

Pope, UN, EU, others criticize Trump for recognizing Jerusalem as capital of Israel