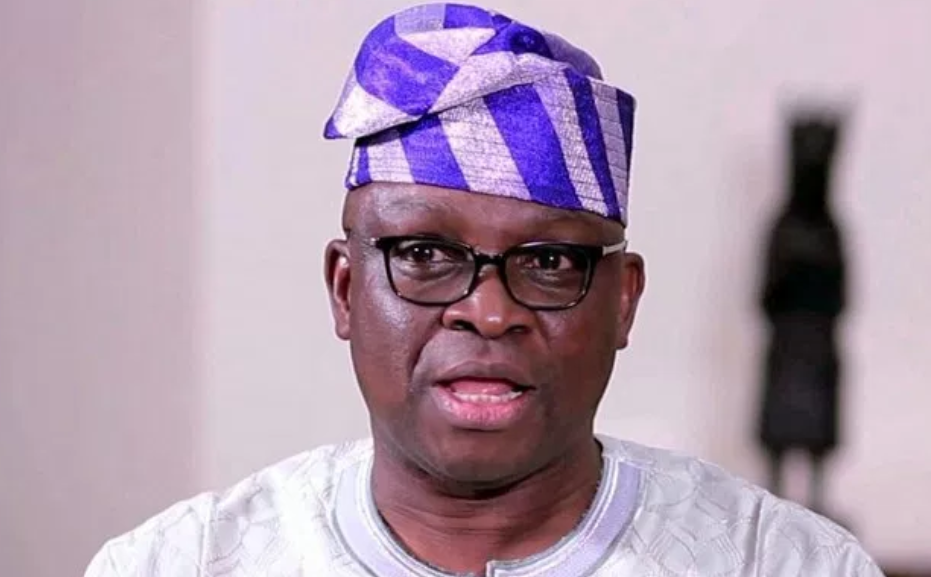 0 4
Share
Ekiti State Governor, Ayo Fayose, on Thursday spoke about his life after being a two-term governor, saying his plan was to work in the Vineyard as a man of God
The governor said after his foray in politics, he could end up being a Christian cleric who would be a fisher of men for the Lord.
According to a statement issued in Ado Ekiti by his Chief Press Secretary, Idowu Adelusi, the governor, said he had the premonition of becoming a great evangelist with a big ministry.
Adelusi quoted the governor as saying , ” I am Peter the rock who presently is a fisher of men for politics, but who God has destined to end up as a fisher of men for God.”
However, Fayose, who is also the Chairman of the Peoples Democratic Party Governors’ Forum, was silent on whether he would go back to the denomination where his late father, Pastor Olufemi Oluwayose, played a prominent role.
Related Posts

Jan 18, 2022
NAN reportd that his father was a cleric in the Christ Apostolic Church, while he currently attends the Deeper Life Bible Church.
On his incessant criticisms of the President Muhammadu Buhari-led Federal Government, Fayose said everything was being done in good fai
“My criticism of President Buhari is not out of hatred, but to lead to making the necessary corrections. When a driver is driving dangerously and you are sitting in the vehicle, you have to call him to order, otherwise, both of you will perissh
“President Buhari should allow the country to move forward. Age is not on his side and is also not a plus for him. Anybody calling on him to contest again is his enemy and not doing him any good. Moreover, such a call is a great disservice to our country.
On this year’s governorship election in Ekiti State, Fayose expressed the confidence that his party, the PDP, would win convincingly.
Fayose

Why we sacked late director from civil service — Kogi Govt