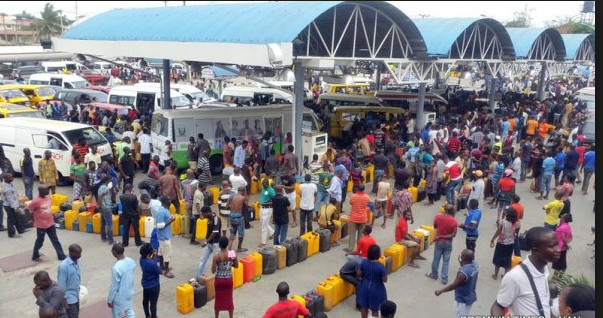 Ekiti governor, Ayodele Fayose has said the fuel scarcity in the country is caused by the Federal Government to increase petrol pump price from N145 to N185 per litre.

The governor stated this in a press release signed by his Special Assistant on Public Communications and New Media, Lere Olayinka, on Sunday.

He said, “Petrol is scarce across the country because the Federal Government deliberately reduced supply, since it is only the Nigerian National Petroleum Corporation that is importing the product.

“Allowing fuel scarcity to persist for over two weeks when Nigerians are preparing to celebrate Christmas and New Year is the height of wickedness on the part of the All Progressives Congress Federal Government.
“Funnily enough, instead of directing its anger at President Muhammadu Buhari, who is the Minister of Petroleum, on December 7, 2017, the Federal Executive Council chose to give the Minister of State for Petroleum, Dr. Ibe Kachikwu, seven days’ ultimatum to end the fuel scarcity.
Related Posts

“Today is December 17, exactly 10 days after the misplaced ultimatum was given, the situation has even got worse.

“By the time the Petroleum and Natural Gas Senior Staff Association of Nigeria goes on strike as being threatened, the whole country will be shut down and one wonders what will become of Nigerians that desire to move around during the festive season.”

Fayose added, “It is only the NNPC that is bringing products in; and the result is the scarcity being experienced now.

“The thinking is that by the time the scarcity persists for like one month, with Nigerians already buying at N200 per litre, the people will jump at it if petrol is increased from N145 to N185 per litre.

“This time, Nigerians will resist any attempt to further impoverish them by increasing the pump price of petrol.”

Jonathan prays for Buhari at 75