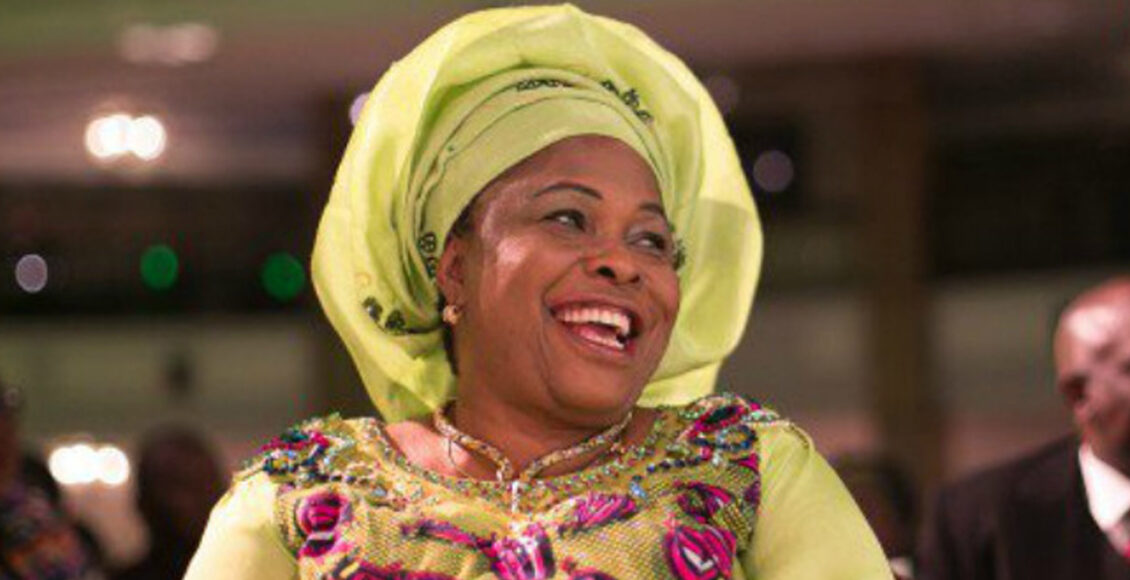 The Economic and Financial Crimes Commission (EFCC) has told the Federal High Court in Lagos that former First Lady, Patience Jonathan could not have genuinely earned the $15.5million which she claims ownership of.

In its defence to her suit challenging the freezing of her accounts, the commission argued that Mrs Jonathan does not run any business from which she could have earned such huge sums.

EFCC said its investigations showed that the money was allegedly stolen from the Federal Government and its agencies, and that it does not belong to the former First Lady.

“There is no way the plaintiff (Mrs Jonathan) could have genuinely earned the monies. She is the wife of the former president, a civil servant and a retired permanent secretary in Bayelsa State.

“She does not run any profit and interest yielding business venture to generate such money.

“Investigation conducted by the first defendant (EFCC) revealed that the plaintiff is not the owner of the funds in the accounts of the third to fifth defendants (companies), which funds were discovered to be proceeds of fraudulent activities of Waripamo-Owei Emmanuel Dudafa,” EFCC said.

She is praying for an order restraining the defendants from tampering with her funds in the companies’ accounts domiciled in Skye Bank.

She asked for an order of interlocutory injunction restraining the EFCC from transferring the funds to the Federal Government’s Treasury Single Account (TSA).

Mrs Jonanthan said the funds in the companies’ accounts belonged to her, but she had been unable to operate the account after EFCC placed a “no debit order” on the accounts.

The former first lady said representatives of the companies, who pleaded guilty to laundering the money, were unknown to her; nor were they authorised to represent them.

“The plaintiff/applicant is the lawful owner of her hard earned funds,” she said, adding that her ownership of the money has not been controverted by a third party.

Mrs Jonathan said she sought the assistance of Dudafa, former Special Adviser on Domestic Affairs to ex-President Jonathan, to open some accounts in her name.

She said she was issued with four ATM cards after the accounts were opened.

According to her, she protested the fact that three of the four accounts bore the names of companies she had no connection with.

The bank, she said, promised to rectify the issue. She continued to operate the accounts pending when changes would be effected, according to the former First Lady.

Mrs Jonathan said she went abroad in July 2016 for a medical check-up and discovered that she could not make payments from the accounts due to the “no debit order”.

The former First Lady, in her written address, accused EFCC making moves to take her money from her through an order of forfeiture.

She said the moves included the “procurement of some unknown persons  who pleaded guilty to a charge and were convicted on November 2, 2016.”

In urging the court to lift the “no-debit order” and grant her access to her accounts, Mrs Jonathan said she “needs her money to able to cater to her health.”

But, EFCC, in its statement of defence, said its investigations revealed that between 2013 and 2015, “huge sums of money were stolen from the Federal Government of Nigeria and its agencies.”

The agencies, it said, were the Nigerian Maritime Administration and Safety Agency (NIMASA) and the office of the National Security Adviser (ONSA), “etc”.

Another company, Globus Integrated Services Limited, was said to have received “a whopping sum of $5,119,021.45” in its account.

EFCC said after it charged the companies, their representatives pleaded guilty to retaining $15,591,700.

It insisted that after analysing the companies’ accounts, “it is crystal clear that the plaintiff was neither a director nor a shareholder”.

The commission said it was Dudafa who allegedly procured the domestic stewards in the State House Abuja to deposit the monies “in an attempt to disguise the proceeds of crime using fictitious names”.

EFCC said it obtained a valid court order to freeze the accounts, and that it did not need to inform Mrs Jonathan before doing so “as the funds in the said accounts do not belong to her”.

It added that the firmer First Lady was not entitled to any reliefs, and that her case “is frivolous, spurious, speculative, vexatious and an abuse of court process and should be dismissed with substantial cost.”

Justice Mohammed Idris had ordered parties to file pleadings in the case, indicating that witnesses, including Mrs Jonathan, may testify to justify the money’s ownership.

The case will be heard on January 19.

Buhari not yet decided on 2019 political move – Presidency