Charley Boy on Monday, December 4 led the protest to the Foreign Affairs Head Office in Abuja with his hands chained.

There has been an outcry on social media in reaction to the ongoing slave action in Libya after a recent CNN viral video showing migrants being traded in an auction which many narrating their sad ordeal.

President Muhammadu Buhari, the Senate, and House of Representatives has condemned the modern day slavery in Libya with the executives vowing to stop illegal migration in Nigeria. 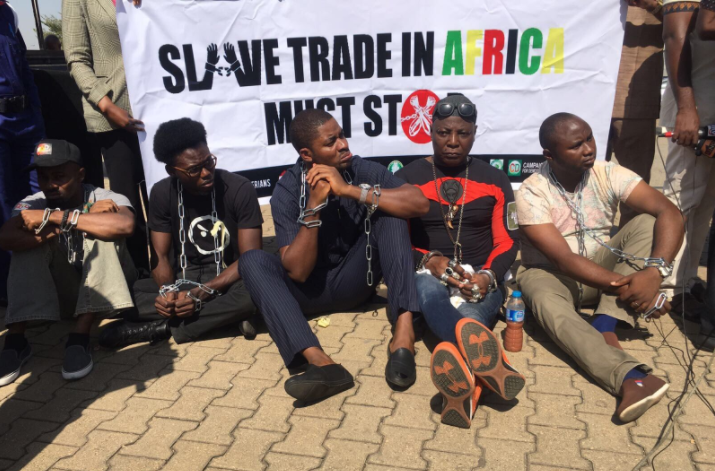 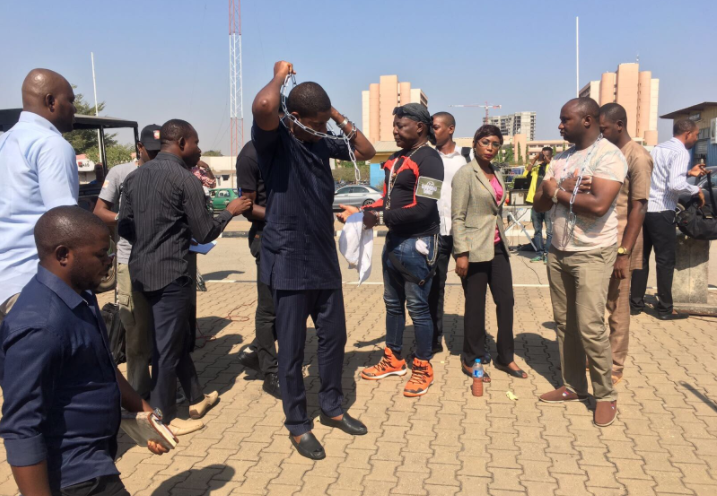