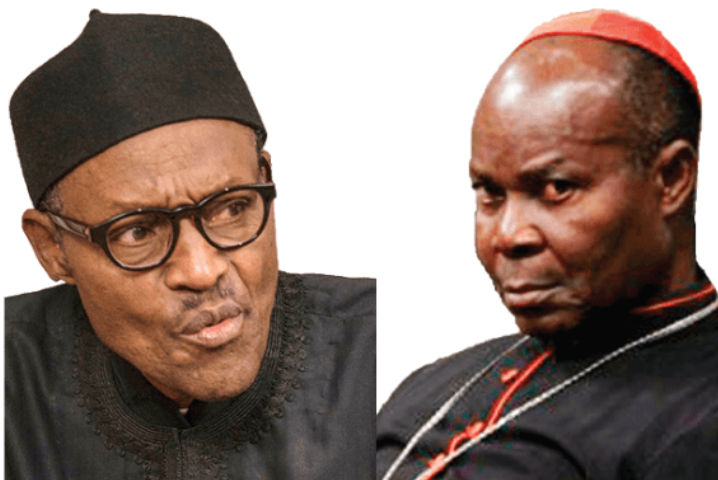 Okogie said President Buhari has performed woefully and does not deserve to be re-elected.

There are indications that the president will seek re election in 2019.

Minister of communication, Adebayo Shittu after a closed-door meeting with Buhari told state house correspondents that the President’s ardent supporters would prevail on him to seek re-election.

Reports emerged that Rotimi Amaechi, minister of transportation, has been appointed as the director-general of Buhari campaign.

Okogie speaking with New Telegraph said it was an insult to Nigerians for the president to be talking about 2019 election despite challenges.

The archbishop further advised Buhari to respect himself and think of finding solutions to the problems confronting Nigerians than re election.

“What has he done in the years he had been in the saddle? He has performed woefully; that’s the verdict of Nigerians.

“Let the president respect himself and retire quietly. Coming out to talk of 2019 is insulting not only to those who voted him to power but to all Nigerians.

“There are so many problems confronting the people and he should be thinking of what to do about them. For second term, he must be a joker.

“That is all I can say for now because I don’t want to dignify them with a lengthy statement. It is not worth it.” Okogie said