In this two part special features anchored by Newsclickng.com’s Special Correspondent in Osun, Adekunle Oba, this medium unearth how and why kidnap-for-ransom seems rife in Osun State despite the state housing, the Combat Search and Rescue (CSAR) Team at the Nigerian Air Force 209 Quick Response Group (QRG); Commando Village base in Ipetu-Ijesa, with Amotekun security outfit, and formation of the Joint Task Force by the state government to fight all kinds of crime

Not less than nine kidnapping incidents have reportedly taken place on highways in Osun State, aside several abductions that have gone unreported in the state.

That rate of abductions has put fear into residents and travelers in a state that boasts of being one of the safest in the country.

Tens of people have been kidnapped, while a couple of lives have been lost in the process of abduction or being rescued.

In early February, six passengers and the driver of a Toyota Sienna bus were abducted at Iwaraja junction along Ilesa-Akure expressway.

The abductors later released three among them who drew attention of the public about their abduction. Those in captivity were later released after huge amounts were allegedly paid as ransom.

Earlier on Sunday, January 17, 2021, some travellers were abducted along Erinmo/Omoh-Ijesa area of the state. Though the victims were eventually released, but not without reportedly parting with a huge ransom.

Since then, about 17 people have been kidnapped along Ilesa/Akure; Osogbo/Imesi-Ile. NewsClickng.com investigation revealed that these kidnappings were rampant on Osun/Ekiti boundaries.

The latest kidnapping in Osun State happened on Sunday 4th and Monday 5th days of July, 2021 where four persons were abducted in two separate kidnapping incidents.

It was gathered that some gunmen abducted a commercial bus passenger at Tafia, a village under Esa oke, around Imesi-Ile on Sunday. On Monday, another vehicle was also ambushed by suspected rogue herdsmen at Esa-Odo and four persons were abducted.

Combined Operatives of Kiriji Heritage Defendants, Amotekun Corps, and OPC consequently launched manhunts and pursued the kidnappers into the forest.

My encounter with kidnappers

“I would have been a victim of Tuesday, March 4, 2021 kidnapping on Ibokun/Osogbo road. Around 7:30 pm, while on the wheels myself, I was stopped by suspected kidnappers. It happened at a blackspot around Oja-Tuntun area, Egbeda village in Obokun Local Government area when some men with AK-47 accosted me. I got out of my car and I saw one person who had been shot dead in a commercial bus and there was blood on the road while they were matching their victims to the forest.”

Speaking further with our Correspondents, Ademola narrated he knew the gunmen were kidnappers when they ordered him to pack his vehicle.

“I know they are kidnappers, I got out of my car – a man was on the road, while others were leading the victims to the bush. The man on the road was cocking his gun when his team beckon on him to leave the road and enter the forest with them,” he said.

Police on Wednesday, March 4, 2021 confirmed that some gunmen with AK-47 rifles and suspected to be herdsmen, on Tuesday, March 3, killed one person while two others sustained gunshot injuries along Osogbo/Ibokun road of Osun State.

The gunmen, according to police, emerged from the bush and blocked Ibokun/Osogbo road, along Oja-Tuntun area, Egbeda town.

Despite housing, the Nigerian Air Force 209 Quick Response Group; Commando Village; Combat Search and Rescue (CSAR) Course 2/2020 at the 209 Quick Response Group (QRG) base in Ipetu-Ijesa, the Amotekun security outfit, and formation of the Joint Task Force by the state government to fight all kinds of crime, kidnap-for-ransom is rife in Osun State.

Community leaders said at least 40 persons had been kidnapped in the area in the last two years and millions of naira had been reportedly paid as ransom. But the NewsClickng.com investigation identified about 33 victims of abductions in the area within that period.

Ransom worth millions of naira have been paid to secure the release of the kidnap victims. Vanguard reported that one of the victims, a daughter of the General Manager, Osun State Emergency Management Agency, OSEMA, was released after paying N5 million ransom.

Also, a Banker (names withheld) in Ilesa, was said to have parted with over N1 million before he was let go by the abductors, the medium reported.

The road that passes through Imesi-Ile, Esa-Oke is an interstate road. It is believed that that route, is the shortest road to Abuja from Osun State. Tick branch of trees have taken over the road. Newsclickng.com investigation team can report.

On Sunday 22 September, 2019, all passengers in four commercial buses around 5 pm were abducted along Ajeoku Village in Obokun Local Government Area in Osun state. Ajeoku is located between Otan Ile and Imesi-Ile town in the State.

After intense efforts of the Oodua Peoples Congress team in a joint operation with the Police, the passengers were rescued from the kidnappers on Monday, the second day.

It was gathered that four among the abducted were released in the early hours of Monday while the remaining were later released.

Sources who partook in the rescue of some of the kidnap victims on different occasions from the kidnappers told NewsClickng.com that police have always shown sign of incapacitation.

“Sometimes, they(the kidnappers) will release the victims to aide their escape. Unfortunately, police do not intensifying further manhunt or make efforts to pursue with the intention of arresting the kidnappers.” Azeez alleged..

“In the last rescue mission when ransom was not paid, we lost a member of OPC, a father of nine who was shot dead by the kidnappers. We have different capacity, Police have their capacity, though they sometime provide us the location of the kidnappers through tracking, while we enter the forest and go in pursuit of the kidnappers who most often run and leave their victims when we close in on them” Ajao disclosed.

According to sources, police are more concerned  about taking the victims to safety after they have been rescued by the combined local security operatives. The victims getting out of the grip of kidnappers – either payment of ransom or rescued – findings by this online newspaper revealed, is more paramount to the security operatives, rather than pursue and bring the kidnappers to book. This development, it was reliably gathered, has emboldened kidnappers and made the kidnapping business prevail in the state.

Residents said about 80 per cent of the kidnap cases in Osun occurred on the roads within the communities, while most of the other cases happened at some black spots on the affected roads.

Checks to some of the kidnap spots by Newsclickng.com investigation Team shows that drivers would have to slow down and at times apply the brakes to a complete halt on those bad spots to be able to navigate their ways, even if there are no kidnappers on the road. Residents said kidnappers make use of the bad spots/roads to carry out their evil acts.

Otunba Olanipekun Ojo Williams, a community leader in Imesi-Ile told our investigation team that “the road is in awful state with mountains of craters with branches of the tick Oak trees at both sides preventing drivers and motorists plying the road to see from afar thereby providing ample opportunity for commuters to be robbed by thieves or get abducted by kidnappers who lurch in the bush and pounce on their victims unawares. Besides, the road has been poorly maintained or out rightly unattended to”

“There is an interstate road from Osun that passes through that axis to Ekiti, to Abuja. It is believed it is the shortest road between Osun and Abuja. It reduces travel time between 1hour – 1hr30mins. The road does not witness heavy traffic. You see people coming from Osogbo passing through Imesi-Ile, Offa, Ikirun, Ada and Igbajo with all of them heading to Ekiti.

“There are some black spots on that road that even when the kidnappers did not stop you, you will have to slow down completely before you even know where to steer your vehicle through. An example is the Oloyo portion between Imesi Ile and Otan-Ile. That place has been there for 3years now unattended to by the relevant authorities in Osun State.

According to the Community Leader: “The community sometimes in April through the Kiriji defenders went to those bad spots to sand fill and make the road somehow passable for motorists, especially during Easter and after the Easter holiday.. Unfortunately, the rain started and it washed away all the sands and materials that were used to fill up the deep potholes and huge craters, so now if you get to those bad spots you have no choice but to apply the brakes to a complete stop before you could meander your way….which put you at the mercy of kidnappers”.

“Then the road badges are not well kept. When you are driving and you aren’t able to see far ahead  due to the tick branches of the Oak tree on the road, somebody might come from nowhere – snatch or even shoot you – and bolt into the bush. Most of the motorists that were kidnapped were commuters from Osogbo going to Ekiti. They need to maintain the road badges very well to make the place at least visible to those who are commuting. Then between Imesi-Ile and Oke Imesi which I call an Interstate flank of the road, there is huge bridge right there that almost cut off the road itself and its been there – in that state for over 2 years. We have been begging the State government to come and fix it as the community cannot fix it on its own.

The Special Adviser to Osun Governor Gboyega Oyetola on Security, Abiodun Ige who was the past Commissioner of Police in the state in 2019 when the first kidnapping case occurred told NewsClickng.com that the security operatives who are in charge of providing security “will ensure that they provide adequate security within that axis. They will intensify patrol”.

She disclosed that the Osun State government “has marked out the road that will be repaired and I think they announced that. For any part of the road that is bad and is noted as a black spot, the government is making efforts to have those roads repaired.

“The government is not relenting in their effort to ensure adequate security in the state. And anything they can do to encourage security has been done. Osun state is relatively calm.” she remarked. 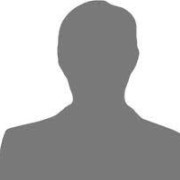 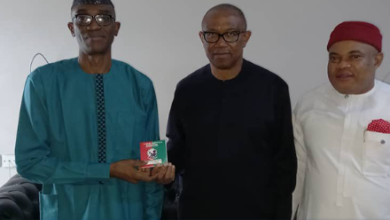