Most undergraduate students desire to finish in flying colours upon admission into universities of their choice. However, while many start off on a promising note, not all are able to keep up with the academic rigours of graduating with impressive grades. As such, many sometimes wish upon graduation to go right some wrongs to get another shot at making good grades but that of course is an impossible mission.

When Wakilat Kikelomo Zakariyau gained admission into the Osun State University in 2016 to study Linguistics and Communication Studies, she wasn’t exactly hoping to finish top in her department and Faculty. But when she shattered the ceilings by hitting a 5.0 GPA when she had earlier been told of the impossibility of even making a 4.5 GPA and had determined to at least achieve that, she knew right there and then that she had to keep up the pace.

Alas! She did keep up the pace to the end and emerged overall Best Graduating Student in her department and faculty five years later at the university’s 10th convocation.

Newsclickng.com recently conducted an exclusive interview with her in Oyo State where she is observing the compulsory one year National Youth Service Corps (NYSC).

Excerpts from the interview: 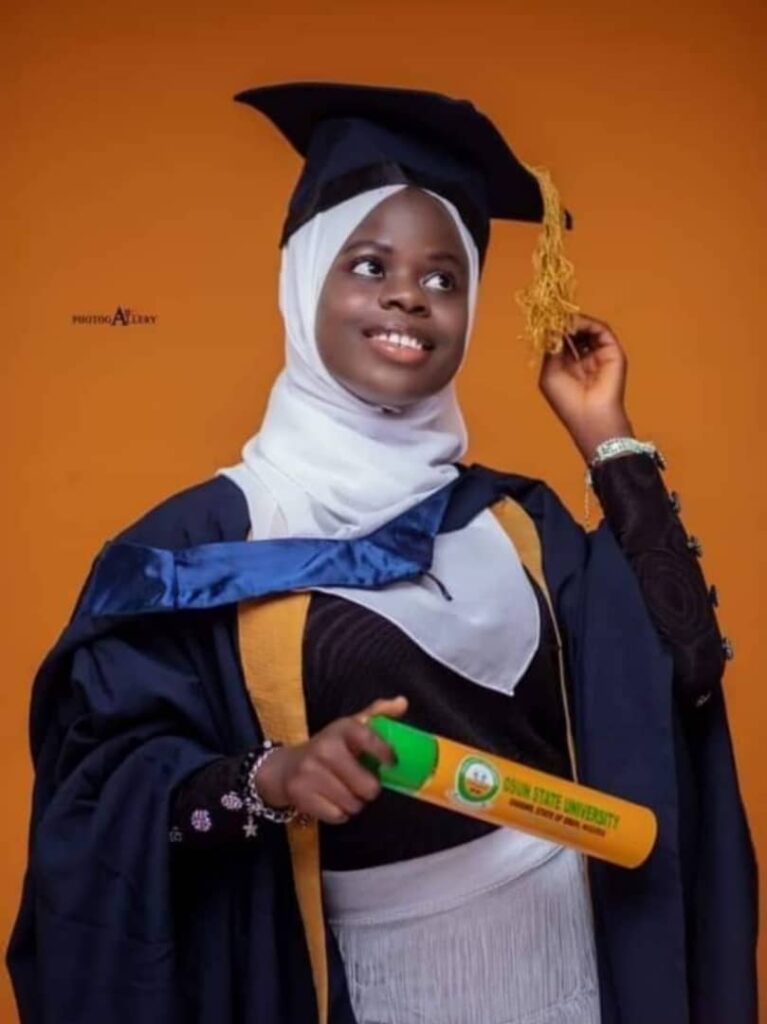 Can you share your First Class journey at the Osun State University with us?

It all started when I hit a 5.0 GPA in First Semester 100 level. At first I didn’t have any target but I was focused and I put in my best as always.

When I entered University I was told it was literally an unattainable feat and so far only one person had ever graduated with First Class in the history of the department and faculty in general, 2016 set.

I was the third in my department.

During a tutorial in First semester I learnt that one has to hit 4.5 and above to make a First Class, I told God when I got to the hostel that day that I wanted to achieve a 4.5. That semester, I nailed the highest GPA in the entire college and that put me on a spotlight. I literally became a superstar!

With the 5.0 came lots of expectations, in the positive and negative. I knew I had to maintain the stance. Some people tried to discourage me by saying it to my face that I wouldn’t graduate with a First Class. That was a challenge to me! It went up, it went down but at the end I stood tall. It was not an easy ride but Alhamdulillah it was worth it at the end.

It took discipline, consistency, commitment to excellence, prioritizing my priorities, laser focus on the big picture, curiosity, and most importantly, prayers. I am an avid reader, I so much love to read and that was also one trait that made me scale.

Did you at anytime during your studies felt it might be impossible to achieve?

How would you describe your lecturers and fellow students? 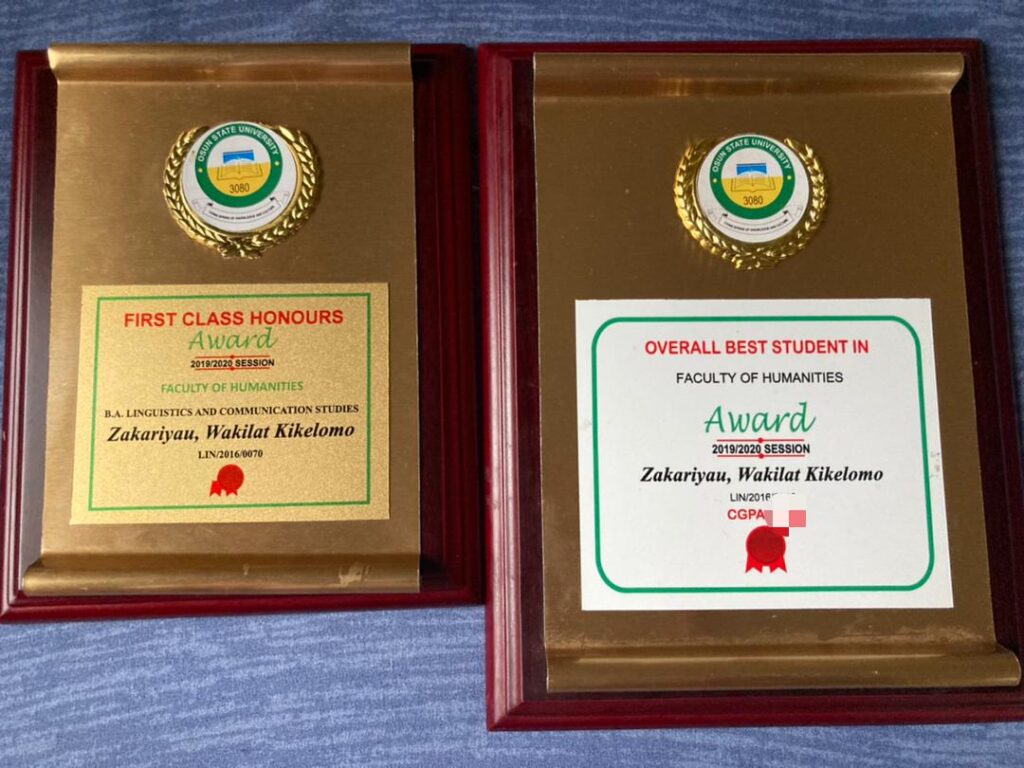 What’s your immediate and future plans?

To complete my compulsory National Youth Service Corps. To further my education and attain the highest level of my academic ambition. To start working properly. To settle down and have beautiful children.

To continue to make impacts every step of the way and live a life of legacy.

I also hope to expand the scope of my business in a global perspective, full-scale.

Advice for students hoping to follow in your footsteps.

Always put in your best. Choose and pursue excellence. Be tenacious, be focused, be prayerful and do not give up.

God’s got you and I’m rooting for you, lovely.

UK will continue to process work, student visas for Nigerians despite Omicron ban