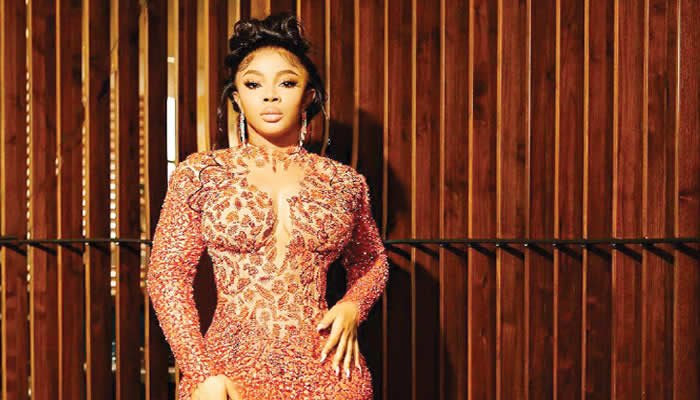 Nigerian media personality Toke Makinwa has recounted why she chose not to have a child with her ex-husband, Maje Ayida.

The 38-year-old spoke about how recently, there has been more pressure than there’s ever been from people, for her to have a child. Toke also said her friends wished she had a child during her previous marriage so that that ‘achievement’ would have at least been ticked off her ‘must have’ list.

During the latest episode of her show, Toke Moments, Toke Makinwa opened up about why she didn’t have children with her ex-husband and why it was all so complex at that time. She said:

“I feel like I’m stuck in a phase where society is putting so much pressure on me right now. I don’t regret the fact that I haven’t had any kids, I don’t. I honestly don’t. I feel like I was in my building years, and if I had had a baby, I’m not saying I wouldn’t have been able to do it, but I also feel like I needed to put everything into building. And now, I can welcome that.

“And sometimes, I find myself thinking “Ah, maybe should I have” but then when I really think about it.

“For me the biggest thing in that situation was I just, I don’t think I wanted to have like my child having siblings in different [places]. It was too complex. Like if it was just straight forward, then I would have been like sure, no worry, we can co-parent. But then there are other children and at some point you can’t be selfish about not letting your kids not meet their other siblings. It’s just a whole complex situation. So I know what I want.”

Toke Makinwa also revisited the loss of both her parents, who died in a gas explosion when she was 8 years old. She that it could be part of the reason she chose not to have a child when she still had a lot of baggage from her past. In her words:

“… And deep down, someone might think it’s so selfish, but I think that maybe because I suffered loss at a young age, I know what that did to me. I had fantastic parents who raised me, but there is also a void I have carried around all my life, from the loss that I experienced at 8.

Growing up in an African household, you don’t get to talk about it so much because it’s such a tragedy. So it took going to therapy to begin to unpack that there are certain things that I was even carrying from that situation even into my marriage, that I had to unpack. So I’m thankful that I didn’t have a child because I can imagine the emotional abuse the child might have endured if I was also thinking we don’t talk about things.

“Perhaps, I might have sent that out into the child. I needed to heal. So I actually don’t regret the fact that I have been alone for so long,” she said.