A few months after a traditional ceremony that caused a serious buzz on social media, Nollywood’s Rita Dominic and her heartthrob, Fidelis Anosike returned for a white ceremony.

The couple, together with their friends, jetted off to the United Kingdom to have their white wedding ceremony which took place today, Saturday, November 26.

A video compilation shared online captured some interesting highlights from the ceremony.

The clip showed the husband and wife in front of the alter as a minister carried on with activities for the day.

One of the videos equally showed Rita and her bridesmaid train (Kate Henshaw, Michelle Dede, others) being led into the room as guests all watched the bride enjoy the special moment.

Another video that warmed the hearts of netizens captured the moment the actress and her hubby locked lips after they were pronounced as man and wife. 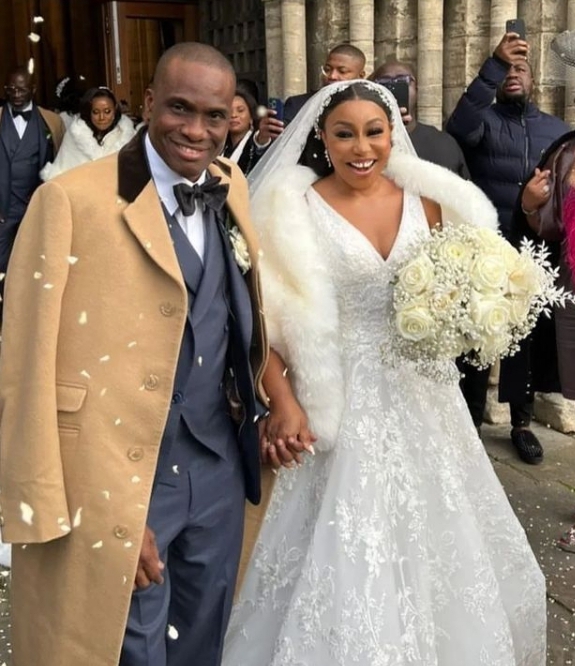 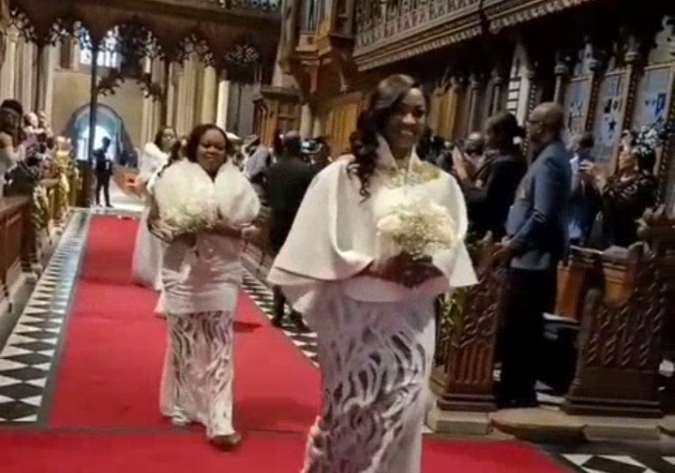 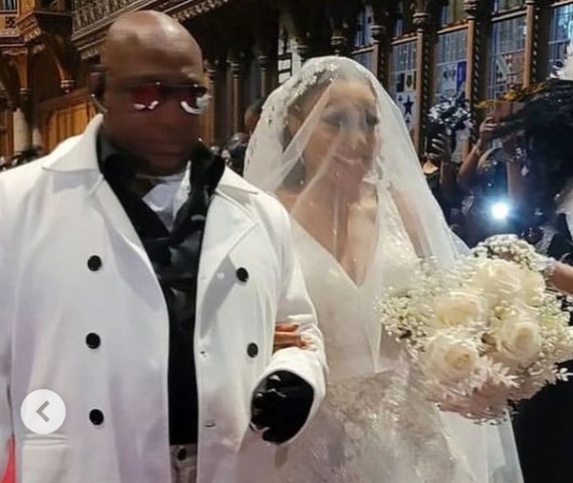