It was indeed a night of surprise for contestants and fans of Big Brother Naija as 25th  and 26th housemate were introduced in the ongoing season 7.

In an unexpected turn of events, a new housemate, Deji, joined the 24 contestants that have been earlier introduced on the show.

Deji, who revealed that he was in a complicated relationship is from Lagos State and noted that his physical attributes will endear fellow housemates and fans to him.

The housemate noted that he loves partying and he is a lover boy.

Deji joined the Level 1 housemates who were surprised at his arrival.

After the performance, another housemate, Modella, was introduced to the show as the 26th housemate. 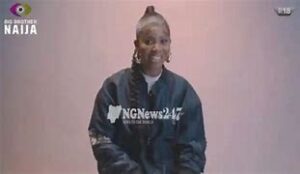 YouTuber and actress, Modella, was introduced to the show during the Sunday Live Show.

Modella, who starred in Kayode Peters’ Crazy Grannies made a grand welcome to the stage amid cheers from the live audience.

The twist, however, is that Modella and Deji are fake housemates but the 24 earlier housemates are unaware of this fact.

Before the commencement of the live show, Biggie had issued Beauty a strike for charging at Ilebaye during their altercation on Sunday.

Gathering the Level 2 housemates in the lounge, Biggie noted that the contestants had flouted the rules of the game.

He stated that both erring contestants overstepped each other’s boundaries during their heated quarrel, where Beauty yanked off Ilebaye’s wig.

He then issued Beauty a strike while Ilebaye received a stern warning.

As part of the rules of the game, when a contestant receives three strikes, he/she will be disqualified from the show.

The rest of the housemates were also warned for hesitating whenever they were being called upon by Big Brother.

How I knelt, begged Kizz Daniel to perform at Tanzania show – Promoter