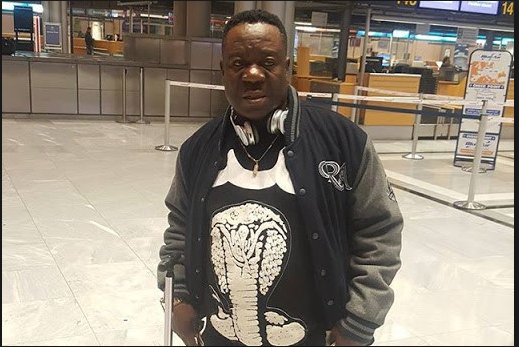 Armed robbers attacked the Lagos residence of comic actor, John Okafor, popularly known as Mr. Ibu, carting away N1m cash and his 12 expensive wristwatches and some other properties.

In an exclusive chat with LIB, the comic actor said he was away in Enugu when the robbers attacked his home in the Ikate area of Lagos state on January 4th.

He said, “My wife, children, and in-law were sleeping when the robbers attacked. According to my wife, they came in around 3am. They broke the doors and gained entrance inside the house. They were asking where is Mr Ibu.

“Maybe they planned to come and kill me but I was not there. They carted away N1 million cash that was meant for renovations being done in my house, my expensive watches. Four out of the 12 watches that were stolen cost N8 million because they were N2 million each gold watches that somebody bought for me.The others were N500,000, N400,000 N300, 000 watches. I love big watches. My wife’s gold and other jewelry were also stolen. They also stole four phones that I left in the house. Thankfully, they did not injure anyone of them”

He added that arrests have been made and fortunately, his neighbor’s CCTV captured the face of two of the robbers.

Gabrielle Union reveals she was raped 25 years ago

Lion of the Senate: Colourful photos from Melaye’s ‘Pirates of the Caribbean’ birthday