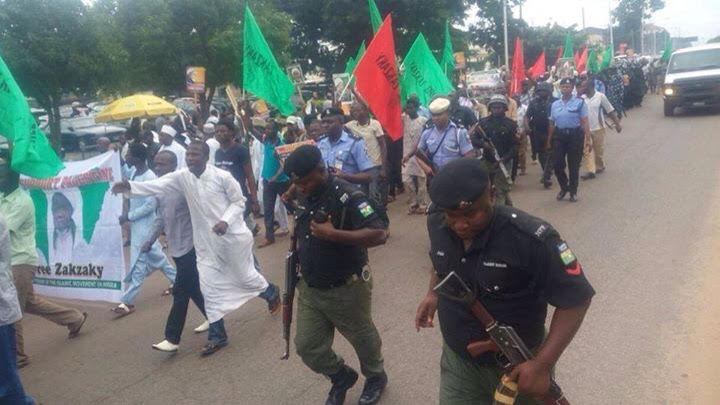 There was pandemonium at the National Assembly complex in Abuja as protesting members of the Islamic Movement in Nigeria (IMN) clashed with the police.

The Shiites members who were protesting for the release of their leader, Ibraheem El-Zakzaky who has been detained along with his wife since 2015.

The police in collaboration with civil defence operatives tear gas the protesters and arrested a few of them.

The police also fired gunshots in the air, causing fear and pandemonium as people ran for safety.

The number of those arrested could not be immediately ascertained as at the time of filing this report.