Tererai Trent  is a Zimbabwean-American woman whose unlikely educational success has brought her international fame.

She grew up in a cattle-herding family in a rural village in Zimbabwe called Zvipani. According to Zimbabwean paper The Herald, she was prevented from gaining access to education because of her gender and her family’s limited finances.

In spite of her circumstances, she had a dream of schooling abroad in the US, getting a masters and PhD. She continued to hold on to her dreams despite being a child bride and having three children by the time she was eighteen.

She wrote her dreams, placed them in a tin can and buried them all the while teaching herself to read and write. She was encouraged by her mother and Jo Luck, president and CEO of Heifer International, who told Tererai, “If you believe in your dreams, they are achievable.”

Trent’s dreams eventually came true when she relocated to Oklahoma with her husband and five children in 1998 after she was discovered by an American non-profit that visited her village.

“I could visualize myself going to America, in an aeroplane,” she once said. “I had never been in a plane before but I saw myself carrying a bad on campus and attending classes. I had a mental image like I was there. I could see myself graduating and getting a PhD. Those images were so alive for me.”

In the US, she earned her bachelors in agricultural education in 2001 and a masters degree two years later. She went on to get her PhD from the College of Public Health at Western Michigan University in 2009.

Later that year, she founded Tererai Trent International. The aim – to build schools and promote quality education for all children irrespective of their gender or financial background in her home country.

Her work landed her on the “Oprah Winfrey Show” on two different occasions. Describing Trent as her “All-Time Favorite Guest,” the media mogul also gave her $1.5 million to rebuild an elementary school in her hometown.

So far, her foundation has built eleven schools and provided education for over 5,000 children.

“We now have seven girls that graduated and are now going to university in Zimbabwe,” Trent said at a public lecture in March 2019. “It’s all about tapping into the energy within us.”

Apart from her work with her foundation, Trent is also an adjunct professor in Monitoring and Evaluation in Global Health at Drexel University, an author and motivational speaker.

Her multiple books include a children’s book called, “The Girl who Buried her Dreams in a Can”, a and her most recent one “The Awakened Woman: Remembering & Igniting Our Sacred Dreams.”

The 2017 book’s foreword was written by Oprah. It won an NCAAP award for Outstanding Literary Work.

Trent continues to fight for girls and women empowerment through education. In her words, “If we give opportunities to women and girls, it’s the best investment any organization or institution could do, because whether you like it or not, women are going to change the world. Because when we come together as women, it is our collective energy that’s going to move this world.”

How Asa opened doors of impossibilities, influenced my career - Simi 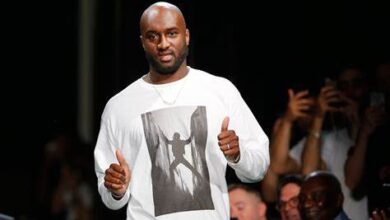