Brazilian Philippe Coutinho struck a hat-trick as Liverpool crushed Spartak Moscow 7-0 on Wednesday to move into the knockout stages of the UEFA Champions League as Group E winners.

This left Coutinho playing behind them, and it was simply too much for the Russians to handle.

The five-times European champions took the lead in the fourth minute with a Coutinho penalty kick after Salah was pulled down by Georgi Dzhikiya.

Spartak allowed Liverpool’s attacking trident far too much space and they took full advantage in the 15th minute with a super team goal.

Mane fed Salah, who slipped the ball inside to Firmino to set up his compatriot, Coutinho, for a simple finish.

But having given up a 3-0 half-time lead in their last Champions League outing in Sevilla, Liverpool were in no mood to drop down a gear.

They put the game to bed within five minutes of the restart.

James Milner whipped in a cross from the left which Mane met first-time with an unstoppable volley and then a deflected shot from Coutinho completed his hat-trick to make it 5-0.

Mane got his second when he scooped in a low cross from Georginio Wijanaldum in the 76th minute.

Then Salah, who had been outstanding all evening, made it 7-0, blasting home after some typically clever footwork in the box.

It is Liverpool’s second 7-0 win in the group following their victory by the same scoreline against Maribor in Slovenia in October.

Spartak finished third in the group, behind second-placed Sevilla, and move into the UEFA Europa League. 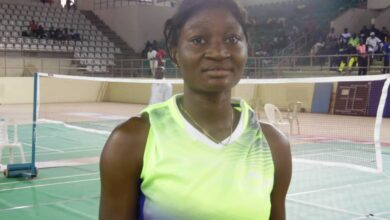